List Of Celebrities Who Are Donating To Help The Coronavirus Outbreak

By LRU Writer | On: March 15, 2020
Coronavirus has become a global threat to the health and livelihood of people...some frontrunners in this scenario; people who have pledged to help others...this list of people include Kevin Love, Mark Cuban, Donald Trump, Giorgio Armani, and companies such as Microsoft and Amazon... 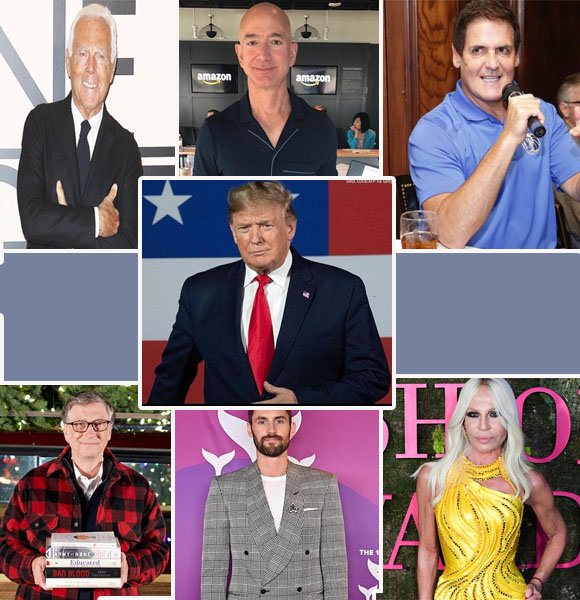 Coronavirus has become a global threat to the health and livelihood of people, making countless lives miserable, full of fear and uncertainty.

This is a time when people need to help each other in any way possible, whether it be financially, mentally, or emotionally. And there are some frontrunners in this scenario – people who have pledged to help others, especially those who do not have the resources to help themselves in the long run if this virus becomes something that could keep harming people for a lengthy period.

When we talk about helping in the case of a Coronavirus outbreak, it generally means financial help. Because this virus is so contagious, in addition to its asymptomatic transmission, the personal help that any patient or a regular person can get is from a certified medical professional. Therefore, financial help is the best any ordinary person can offer.

Nevertheless, these are some of the first people to pledge to help the Coronavirus Outbreak:

In case you didn’t know, Mark Cuban is the owner of the Dallas Mavericks. The NBA team owner is one of the first people to pledge financial help to those who are affected and might be affected in the future by the novel Coronavirus. During an interview with ESPN, Mark said that he would set up a program to help those who could lose work after the NBA suspended the rest of the games for this season on the 12th of March 2020. This decision was taken after a Utah Jazz player tested positive for the novel Coronavirus on that same day.

Mark said the following at a later press conference:

I reached out ... to find out what it would cost to financially support people who aren’t going to be able to come to work.

Mark also said during the conference that he was more worried about his family than the NBA games suspension.

Setting up this program is important, especially for those workers inside the Dallas Mavericks who earn wages on an hourly basis. If they fall sick due to the virus, they won’t be able to work, which means their income will stop at a time when they will need money for health and sanitary supplies.

It would make sense that the President of the US is one of the first people to respond to the pandemic. President Donald Trump has donated his salary to the federal government’s Department of Health and Human Services.

Read On The Alcohol Hoax About Coronavirus:- Alcohol Vs. Coronavirus! Here's Why You Mustn’t Follow Myths

The Press Secretary Stephanie Grisham took to Twitter to announce that Donald Trump had donated his salary to charity. The announcement declared that the President had contributed the 4th quarter paycheck of 2019, which amounted to $100K. However, there is some debate as to whether he has to pay taxes on his income before he can donate the amount, or he will get a charitable contribution deduction for his donated salary. The federal tax law determines that he has to pay tax on his income before he can donate his after-tax income to charity. This, along with a few other technical things regarding this donation and taxation, which are well-explained in this Forbes article.

It would be incorrect to say that Jeff Bezos and Bill Gates have personally donated for the novel Coronavirus cause. However, their companies, Amazon and Microsoft, are giving $1 million each to contribute to an economic response fund for the people affected by the virus.

In the US, Washington is the most affected area by the pandemic. And both these companies are based in Seattle, which makes their donations all the more important. The companies have donated to The COVID-19 Response Fund, which has raised more than $2.5 million in donations.

The fund raised from these donations will go to aid the economic problems of the “disproportionately affected communities” in the Seattle metro area.

Giorgio Armani is the founder and owner of Armani, the Italian luxury fashion brand. However, here, we are not talking about the person, but the group, Giorgio Armani. The fashion group announced on the 8th of March 2020 that they would be contributing 1.25 million euros to several Italian hospitals and institutions involved in combating the spread of the novel Coronavirus.

Effect Of Coronavirus On Sports:- Will Premier League Get Suspended Over Coronavirus Fear?

The beneficiaries of the donations are The Luigi Sacco and San Raffaele hospitals, Istituto dei Tumori in Milan, and Istituto Lazzaro Spallanzani in Rome. The donations will also aid the activities of Italy’s civil defense, Protezione Civile.

Kevin is the first sportsperson in this list of people to donate for this cause. The Cleveland Cavaliers forward has pledged a hefty sum to help and support the staff at Quicken Loans Arena. Kevin pledged to donate $100K to the staff that works in the arena as their income will be affected over the coming months. He announced the donation by posting on his Instagram account on the 13th of March 2020. His post clarified that he would be doing so through his charity, the Kevin Love Fund. The pop megastar is also one of the frontrunners when it comes to helping people in need of assistance during this mass outbreak of the Novel Coronavirus. Justin took to his Instagram to announce that he would be donating 200K RMB to the Beijing Chunmiao Charity Foundation.

These are just some of the many people that are donating and helping in their own way for the control of the novel Coronavirus and the betterment of the lives of people who are affected by the disease. Donations are always helpful, and if you can and want to donate for this cause, you can do so by going to the links below.