5 Nonfiction Books To Read Before You Die

By LRU Writer | On: September 21, 2018
The book answers many of our questions about those twinkling objects in the sky...If you’re a parent or a kid who’s an introvert, this innovative psychology book by American...Have you ever wondered why most geniuses you know are compared to Einstein?...This one is the book that answers the most asked question in life...not giving a fuck is the mantra to live. 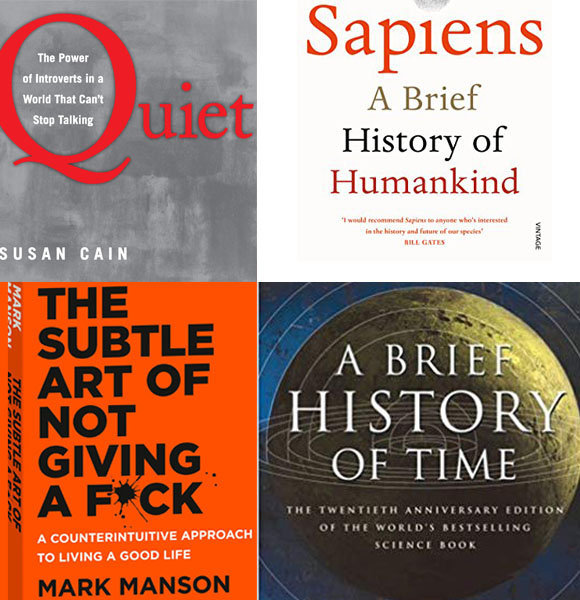 As a child, the fascinating things in life for most of us was: rainbows, chocolates, unicorns, and superheroes. And then as we grew older, our curiosity began to diminish slowly.

We learned that rainbows were just merely the after effect of reflection. We realized that chocolates were not suitable for our teeth. What's worse, we found out that there were no such things as unicorns or Superman.

“All the world's a stage and most of us are desperately unrehearsed.”
Seán O'Casey

Consequently, the readers among us turned to fiction to keep ourselves from dying from boredom. But when we began facing cruel realities like racism, betrayals, greed, pain, grief, and so forth, we realized our imagination binds the fiction, whereas our existence goes beyond.

At that point, we felt bewildered; our flared curiosity suddenly lit dim - the child in us was hit with the dose of reality.

When that particular thought struck us, we didn't realize, but our perspective shifted into a completely different dimension. Instead of whining about losing our emotions, our purpose, our curiosity - instead of living as hopeless wandering souls, we realized that we have monsters to conquer in the real world.

That’s when we felt relieved to stumble onto some enlighting nonfiction books; the books that revigorated us back to life with their fresh perspectives and convincing stances.

Here are 5 life changing non fiction books that helped us when we lost hope:

This book reinforces the childhood curiosity we once lost. It answers many of our questions about those twinkling objects in the sky but leaves us with the desire to explore more.

Plus, here's the bonus, the legendary theoretical physicist has discounted scientific jargons from the book so that we simple-minded folks will understand his enlightening ideas. That's why beloved Stephen is called the mind who was ahead of our time. He is a genius! From the origin of the universe to its evolution, from its beginning to its ending, unravel the infinite mysteries of the universe reading the Hawkin's ahead-of-time masterpiece.

2. Susan Cain’s Quiet: The Power Of Introverts In A World That Can’t Stop Talking

If you’re a parent or a kid who’s an introvert, this innovative psychology book by American author Susan Cain will help you to not only embrace yourself but prove that introverts characteristics are precious.

The way the renowned writer elegantly establishes grounds for introverts and extroverts having different strengths and weaknesses shatters the widely believed misconception that only extroverts could be leaders. Non-fiction Dilemma: Susan Cain's Quiet: The Power Of Introverts In A World That Can't Stop Talking Presents Facts Why Both Extrovert And Introvert Matter (Photo: Lifehacker)

As introverts hide in the shadow of their own realm, it's alarming to see introverts treated like sick patients who need treatment.

But the author writes,

Don't think of introversion as something that needs to be cured...Spend your free the way you like, not the way you think you're supposed to.

The book makes us realize that neither is perfect, and the society needs both introvert and extrovert to function well.

3. Einstein: His Life and Universe by Walter Isaacson

Have you ever wondered why most geniuses you know are compared to Einstein?

The greatest mind ever lived is deemed as German-born theoretical physicist  Albert Einstein who is credited for the greatest scientific concepts such as quantum mechanics and theory of relativity - the theories that make us low IQ folks skip science classes. But how was E=MC^2 creator Einstein in real-life? How did the most intelligent man to have graced on this universe live his life?

With the revealing biography book, American author Walter Isaacson pictures the life of rebellious young Einstein dancing to the symphony of creativity and freedom while exploring the intricate theories of the universe.

4. Sapiens: A Brief History Of Humankind by Yuval Noah Harari

This one is the book that answers the most asked question in life: about Humankind and humanity.

“You could never convince a monkey to give you a banana by promising him limitless bananas after death in monkey heaven.”
Yuval Noah Harari

Yuval limits the million years of human evolution from the stone age to the modern era in one single book: A Brief History of humankind.

Dividing the history of Sapiens into four major categories- Cognitive Revolution, Agricultural Revolution, Unification of Humankind, and Scientific Revolution- the book summarizes the unlikely survival and evolution of human beings.

5. Mark Manson: The Subtle Art Of Not Giving A F*ck: A Counter-Intuitive Approach To Living A Good Life

There is a lot of chaos in this world, and according to statistics, the depression and suicide rate in the whole world are rising. But a good life is just a 'f**k' away. Or more precisely, not giving a fuck is the mantra to live. 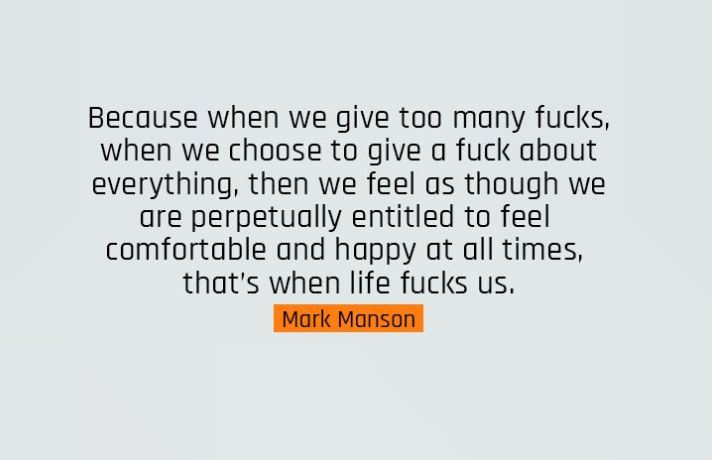 Non-fiction Realism: Mark Manson: The Subtle Art Of Not Giving A F*ck: A Counter-Intuitive Approach To Living A Good Life May Be Answer To Your Misery (Photo: Truth)

The book lands heavy punches against positivity focused self-help industry and takes you on an honest journey so that we can live our life accepting our wounds.