By LRU Writer | On: December 09, 2019
Maggie Geha is an American actress known for her role in the TV show Gotham...she is not married as of December 2019...is also not dating anyone right now and has no boyfriend...has had affairs in the past...her body measurements are given below...has an estimated net worth of around $1.2 million... 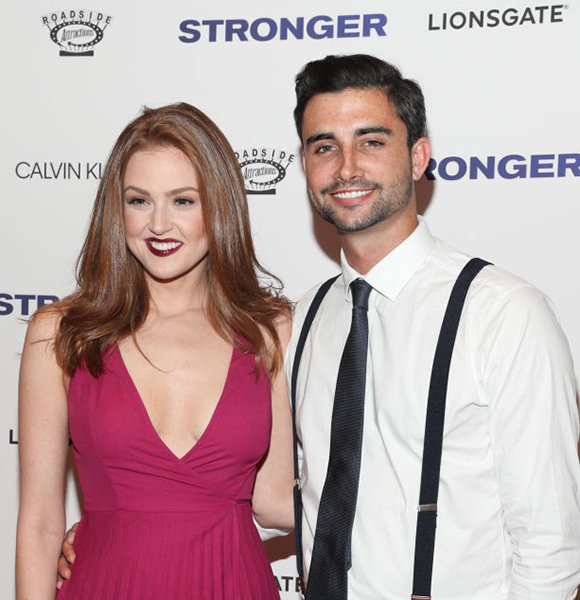 Maggie Geha is an American actress who is most famous for her role as Poison Ivy in the TV series Gotham. Maggie has been active in the entertainment industry since making her debut in the 2011 short movie Taxi Cab Teranga.

Maggie is one of those actresses who like to keep their personal life out of the media. She, most probably, doesn’t want her private life to be the topic of any gossip or speculations, and preferably also doesn’t want any attention shown into her relationships.

These could be the reasons why nothing much is known about whether Maggie currently has a boyfriend or not. In addition to the silence on the internet, her Instagram, too, is void of pictures with anyone that could be considered her significant other.

Lack of current dating information doesn’t mean that Maggie has never had affairs in the past. She was involved with a guy from 2017 to 2018.

The guy in question is Daniel Joseph Campbell. The rumors about their relationship first surfaced around March 2017 when Maggie shared a group selfie with Daniel and her other friends on her Instagram.

However, it was not sure whether they were officially dating at that point as neither of them confirmed the relationship officially. The speculations became true when Daniel, too, started sharing pictures with her on his social media at around May 2017.

And the relationship was seemingly going well, as both of them shared cute moments of each other online, especially on each other’s birthdays and similar special occasions. However, for reasons unknown, the couple separated. This split came around the start of 2018. And since the beak up, both of them have gone their separate ways.

As of now, both of them have deleted posts related to each from their respective social media accounts such as Instagram and Twitter.