By LRU Writer | On: August 28, 2019
Is Himalayan salt good for you...Its Uses & Benefits...Himalayan salt that is extracted from this mine is thought to be... salt is just a waste of money...Salt remains one of the vital minerals in sustaining body since the dawn of humanity... 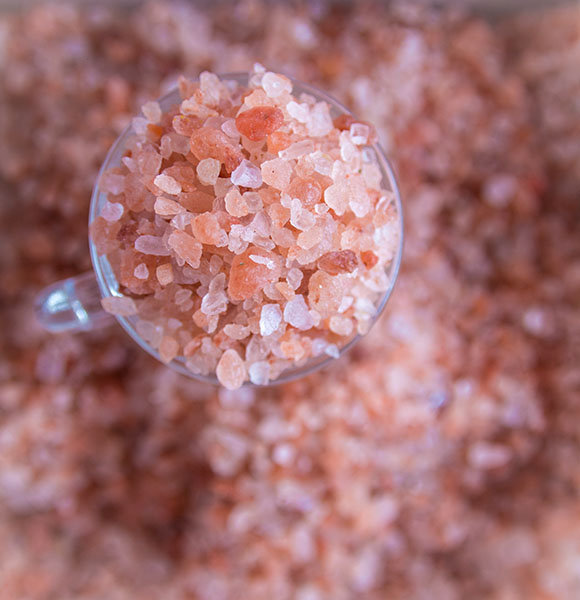 Salt remains one of the vital minerals in sustaining body since the dawn of humanity. Like sweetness, it stands as one the familiar taste humans are accustomed. Most of the population today, usually consume the table salt or sea salt that is produced through the evaporation of seawater.

However, human beings tend to choose for the better alternative based on the claims and unique feature of things. Likewise, in recent years, pink Himalayan salt has gained a lot of hype due to its health claims.

Some reports have even described this kind of salt as the purest salt available to date. But are the reports floating around about this salt true? Or all of it is just some overhyped marketing fad? ; Let us cut through the noise and find out.

What Is Pink Himalayan Salt?

As the name suggests, pink Himalayan salt is the pink-colored rock salt extracted from the mines of Khewra Salt Mine. The mine is located among the Himalayan region of Pakistan. Interestingly, it is also one of the oldest and largest salt mines in the world. A look inside Khewra salt mine of Pakistan (Photo: bolopakistan.pk)

Further, the Himalayan salt that is extracted from this mine is thought to be formed million years ago from ancient seawater. It's distinguishing feature is it consists of minerals; potassium, magnesium, iron, and calcium in a greater amount than the regular salt. Such property gives it its light pink color.

What Are Its Uses & Benefits?

Himalayan salt is used for a variety of purposes ranging from cooking to making a candleholder. It also used for preserving food and decoration purpose such as salt crystal making. One of the lavish uses of this salt so far has been its use for bathing.

UsuallyNormally called by the name Himalayan Salt Detox Bath, this sort of bath is believed to cleanse the skin and draw out the toxins.

Learn About Modern Bath Spa :- Like Minerva And Thermae; A Must-Know Knowledge

Furthermore, Himalayan salt is also used for halotherapy. In this process, people are required to breathe air inside a room made up purely of pink Himalayan salt blocks. Since breathing Himalayan salty air is believed to cure asthma and bronchitis, this therapy is popular in demand.

Is Himalayan Salt Good For You?

Looking back at the source of Himalayan salt, its attractive color and the benefit it claims, many might be gravitated towards using it. Some even believe it to be far better than table salt. However, the truth might be different.

To be direct, Himalayan salt could be just a waste of money if you are buying it for the benefits that people claim.

It appears an ordinary salt is good as Himalayan salt after all. This kind of salt also possesses less iodine (an essential component human body requires from salt) in comparison to regular salt. So, it turns out that if you don't want iodine deficiency in your body, white salt is a better option.

Become Healthy!:- What Is OMAD Diet? Benefits & Results Of Following It

On top of that, the claim that Himalayan salt cures asthma is based on an allegedly biased and medically non-verified study. Likewise, no verified or rigorous data suggests that use of it cures asthma.

So yeah, Himalayan salt could be good for you just like your normal white table slat. But, don't buy it based on the hype and bogus claims you hear about it. Or else you might end up paying away too much higher price for something allegedly overrated.