Ticket to Eternal Love! Actress Claudia Jordan is Engaged to her Boyfriend Medina After Shortly Dating

By LRU Writer | On: December 19, 2016
Ticket to Eternal Love! Actress Claudia Jordan is Engaged to her Boyfriend Medina After Shortly Dating. When talking about love and marriage, few people are blessed to turn their love into marriage while few still struggle to get hold of right partner and others spot their love at their very first meeting. 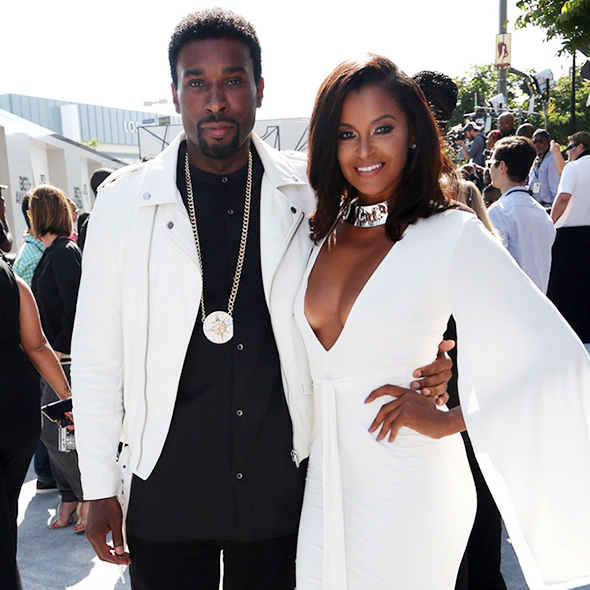 When talking about love and marriage, few people are blessed to turn their love into marriage while few still struggle to get hold of right partner and others spot their love at their very first encounter.It looks like, actress Claudia Jordan seems to be blessed with meeting her partner the first time. She has even taken a plunge of engagement despite dating Medina for a short run.

Today, we shall know the key reason of Claudia for making a quick decision regarding her engagement and figuring out the details about her relationship history and net worth.

Engaged to her beau Medina: What Made Her Take The Quick Decision?

Before flashing the relationship, singer Medina Islam, and actress Claudia Jordan were spotted right outside the Warwick nightclub in the mid month of March 2016. The relationship between the star was hidden behind the curtain until and unless they got caught by the camera sharing a lip lock outside the club. The relationship was officially confirmed when Claudia shared her ongoing relationship details with essence.com on 1st July 2016. During the Essence Festival 2016, she confronted the media regarding her plan to get married soon and even revealed about her current dating status. She said,

"I'm in a new relationship and we are looking like we are heading to the altar.He's a great guy, and it just came out of nowhere."

After few months of dating, Claudia through her Instagram post on 10th November 2016 shared the picture of her engagement ring. The exact details of her engagement were not revealed but by displaying the shining ring she has confirmed the news of getting hitched.

This sauce at Pricci is everything!

Was There Any Other Man In Her Life Before Medina?

Well, yes, before getting engaged with Medina Islam, Claudia was married to the producer Datari Turner in the year 2009. The wedding was a generous one, conducted in Las Vegas. The marriage ceremony got performed in summer 2009, but it could only sustain itself in 29th December 2010. When talking about the conflict in the wedding, both the producer and actor has alleged one another. Claudia points the key reason for the divorce to be the constant unfaithfulness received from her partner.In an interview published by Radaronline.com on 30th March 2015, Claudia has given a brief about her marriage. She said,

“I know you’re going through a divorce. I went through a messy divorce myself. I’ve been through that as well. I was married briefly, and it fell apart because he wasn’t necessarily done with his other relationship, so it was the worst time in my life.”

In the RHOA show aired in the month of March 2015, Claudia has briefed about the relationship with her former husband, Datari Turner to Phaedra Parks.

Caption: The video where Claudia shares her divorce experience

On the other hand, Datari has stated another reason for the downfall of the marriage. Datari claims the said love with Claudia got based on a sexual relationship without any love.

In the meantime, Hits show to watch, the celebrity column asked Datari about his parent's desire to sustain the marriage through a Tweet on 1st April 2015.

In an answer, Turner through his tweets on 6th April 2015 replied the fan the news to be fake as his parents thought Claudia to be a wack trying to pull in money from him.

Well, after divorce it's obvious for the partners to point one another. The divorce might have shaken the public image of both the celeb and hence to regain it may be Turner and Claudia are pointing at one another. After the divorce, Turner was reported to be engaged to his longtime girlfriend, Itika Oldwine in April 2010 while no details regarding their divorce settlement have been revealed by any of the stars.

Rich In Beauty, A Quick Look At Her Net Worth?

After grabbing the title of Miss USA in the year 1997, actress Claudia got a big break in the Hollywood screen in the year 1999 from the movie “City Guys” where she portrayed the role of Vanessa. Since then she appeared in numerous films like That’s So Raven (2005), Ballers(2007) and in the series of The Real Housewives Of Atlanta( 2014-2015). With her hard work as an actor, television presenter and radio personality she has accumulated the estimated net worth of $500 thousand million.

She is still working on the television project like The Next:15 and is also endorsing in plenty of brands, commercial and music video which would further add to her current net worth.