By LRU Writer | On: May 10, 2018
Will Cain, American sports broadcaster working with ESPN since 2015, seems to share a love with his wife which he believes to be his biggest achievement. He shares a family of four with his wife and cherishes every moment that he gets to enjoy with them. 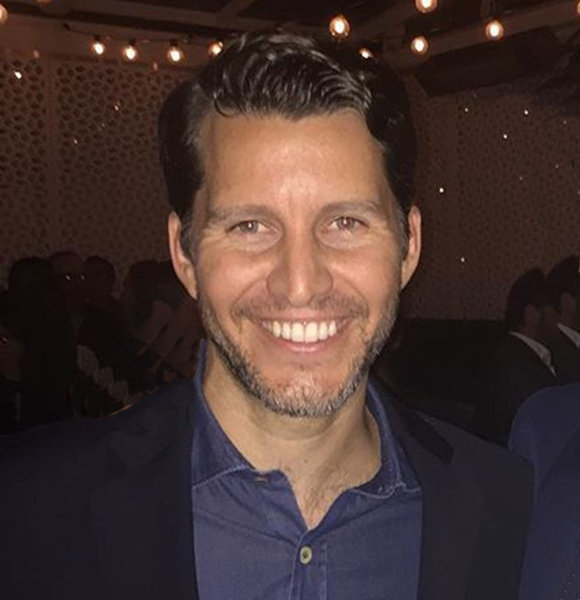 Will Cain, American sports broadcaster working with ESPN since 2015, seems to share a love with his wife which he believes to be his biggest achievement.

He shares a family of four with his wife and cherishes every moment that he gets to enjoy with them.

So today lets take a tour through his love life while he treasures his married life and family moments.

The former political pundit Will Cain shares a beautiful family life. He has been married with the love of his life Kathleen Cain.

He even makes a display of affection to his wife publicly through social media. For instance, he appreciated his wife in November 2014 via Twitter saying,

Proud of my wife who ran #TCSNYCMarathon for #TeamDEBRA. Support her & fight the worst disease you've never heard of

Will, who attended Pepperdine University in Malibu, California, first met his other half while studying there. While their time there, the pair dated for some time.

As it turns out, the couple could not long-last their romance during that time. The two parted their ways and broke their relationship back then. However, Will, later on, realized that he was not mature enough to continue the relationship leading it towards marriage.

But as the time passed, the hardships of life did its work, and Will thrived in what he did best. He moved back to Texas where he graduated from University of Texas School of Law. Now, he is a licensed lawyer there. During his time there Will rekindled his long-lost romance with Kathleen again.

After the gap of five years, the couple revived their love. At that moment Will felt that he was then mature enough to blossom the relationship. Then, the pair exchanged their vows in a wedding ceremony.

However, Will has not yet revealed when he tied the nuptial knot with his wife Kathleen. He might have had a secret wedding away from the hustle of the media.

Even though he has kept his married life as low-key as possible, he does not hesitate in sharing his family life with his fan followers. Will, who shares a family of four, cherishes every moment that he gets.

Will Cain, at the age of 43, shares two children with his wife named Kathleen Cain. He has two sons Charlie and West. He calls himself a perfect parent citing a research, according to which  there is no harm in letting a baby cry.

Likewise, he timely updates his social media with the picture of his family.

Back in January 2015, Will posted a snap of his two sons, who were wearing similar clothing and posing for the picture. Both of his sons wore a nine numbered jersey of Dallas Cowboys, which is American Football team based in theDallas–Fort Worth metroplex.

He captioned the picture as,

"I'm forcing these babies to grow up to be Cowboys." Will Cain's two sons Charlie and West in 2015 (Photo: Will Cain's Instagram)

Even though he forced his children into becoming a sports fan, he apologized his son through a tweet a few months later.

However, Will never discouraged his children in following sport. Will and his wife occasionally take their kids to skateboarding. They also encourage the kids to stay updated about the sports by following the media analyses made by their Will.

Will seemed to have a wonderful 'Fourth of July', which is USA's Independence Day, with his wife and kids in 2017. He has even shared a picture of his sons via Facebook where they are on all smiles.