Is Chumlee Dating His Girlfriend After Getting Arrested; His Secret To Weight Loss

By LRU Writer | On: April 30, 2017
Is Chumlee Dating His Girlfriend After Getting Arrested; His Secret To Weight Loss Same is the situation with reality star Austin Lee Rusell a.k.a. Chumlee. The star got arrested for several charges, along with the legal battle, and the question that remains is, has he been able to maintain his relationship with a longtime girlfriend? 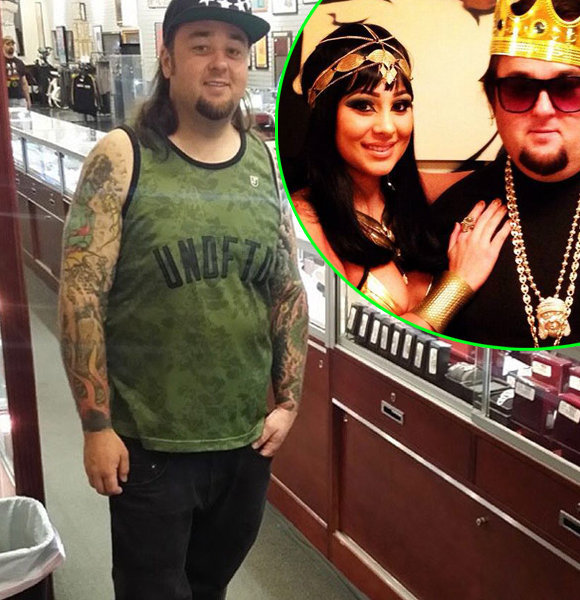 When one get into the razzle dazzle of Hollywood, then along with the professional life their personal life becomes the primary interest of people.  And if you are not top-notch at keeping secrets, then your private life will come out of an open closet.

Same is the situation with reality star Austin Lee Rusell a.k.a. Chumlee. The star got arrested for several charges, along with the legal battle, and the question that remains is, has he been able to maintain his relationship with a longtime girlfriend? Let’s get the details of our chubby faced star in our story today.

Chumlee got arrested but what about his relationship with a girlfriend?

Austin Lee Rusell came to fame after he was featured in the globally hit series “Pawn Stars.” Though he got presented as the dumb in the show, in fact, he is not. The lumpy Chumlee emerged as a fan favorite as he provided the comic relief.

The fame which Chumlee got from the show in one way or other became the drawback as it also made the dark part of his life get in the headlines.

In 2016, police arrested Chumlee after they raided his house for alleged sex assault. Police found marijuana, meth, and weapons during the search. But it seems Chumlee will be off without a single day in the jail as he laid out for a plea deal.

Under the deal, he had to go for three years probation along with counseling. And if he succeeds to keep his nose clean, the felonies will be dropped to misdemeanors.

Caption: Chumlee in a plea deal with the attorney. (2016)

As of now, it is believed that Chumlee will be back on “Pawn Stars” on its new season as the filming completed before he got arrested. Maybe in 2017, Chumlee will make his comeback in the show.

More about their dating with the secret of Chumlee’s weight loss:

Talking about his love life, Chumlee had been in a relationship with beautiful Tanya Hyjazi since 2013. But is she still Chumlee’s girlfriend? Chumlee and Tanya Hyjazi started dating since 2013. The pair’s chemistry hit the headlines after Chumlee gave a very bright-eyed gift. He paid for the new boobs which his girl wanted to have. Along with that Chumlee made the birthday of Tanya more special with lavish dinners, penthouse suite and also limo ride.

“I wanted it to be the best birthday ever for her and was happy to be a part of a great party, celebration, and special gifts.” In return to the love from Chumlee, the slender chief girlfriend helped him to come out with charismatic weight loss over a year. “I started at 320 pounds, and now I'm down to 225. When I first began, I eliminated all processed foods except mustard,”

Talking about the weight loss, the businessman said,

“I’m going to the gym six days a week,” he said. “I’m eating right. Well-balanced diet. I drink a juice smoothie every morning.”

When Chumlee was going through the legal issues, not much regarding their dating has surfaced the media. Does that mean they are not dating anymore?

On that regard, the duo hasn't made any official statement. As of now, the pair is keeping their relationship behind the sheets but never know; they might surprise us by getting married.

Its seems now they are square, right?

Stay with us for more news on Austin Lee Russell a.k.a. Chumlee!