The Fosters Actor David Lambert Is Simply Flaunting His Girlfriend Among His Fans; Reveals About Siblings Too

By LRU Writer | On: January 11, 2017
Who is this mystery woman by David Lambert’s side? Next to the star she is the new face to the limelight.  We go further into their relationship to uncover how they met and are there any gossips in between the two? Plus a David talk about his life with his siblings is a story to be heard. 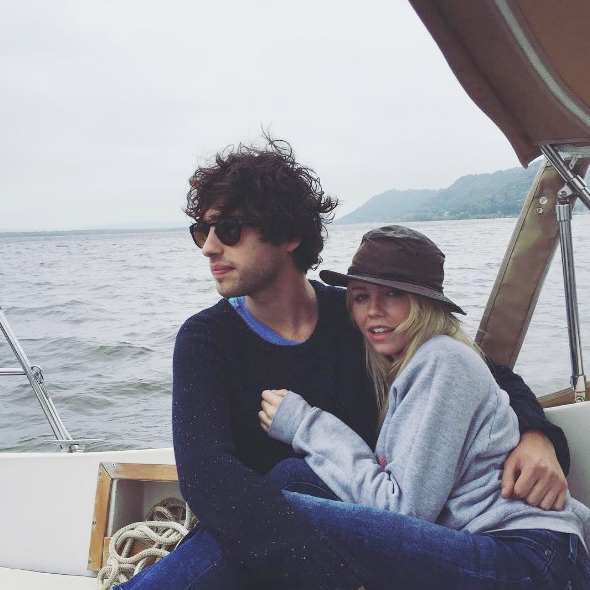 Who is this mystery woman by David Lambert’s side? Next to the star she is the new face to the limelight. We go further into their relationship to uncover how they met and are there any gossips in between the two? Plus David talks about his life with his siblings is a story to be heard.

David's revelation on his girlfriend and his siblings!

From the hit show “The Fosters” comes David, a twenty-tree-year-old actor is in the mood of showing off his dates to the world. He has been seen through social media with his new girlfriend multiple times.

His girlfriend, Kaya Rosenthal is also an actress, with no information on how the love birds met, perhaps it’s his tall height of six foot, but many have made assumptions that couple were dating somewhere around May of 2015, speculating from their social media

The twenty-four-year-old actress and singer also has just as much as credentials as old David here, staring in movies such as “The Idea of Growing Old,” “Frank’s first Love” and much more independent movies and T.V series and has a self-titled YouTube videos that made her famous doing covers.

The couples have recently made their relationship known through social media, posting their getaways and spending their New Years together to their fans and families.

Speaking of family, David’s family is another to the collections of celebrations. David is Puerto Rican descended by his parents. When asked about his fans he replied back with a tweet stating having two siblings, his youngest little brother who now probably is in his teenager and his younger sister who is almost grown up by now.

There is not much information is given to the up and rising star about the rest of his family, but David and his given acting record it's bound to be revealed sooner or later.

David has been to most places that stars have not gone nor grown up in, growing up in Baton Rouge, Louisiana, in the USA during which time he had visited many places in his youth, such as Louisiana, Georgia, England, Taiwan and Texas.

Multitalented, able to play the piano and writing songs on his own has landed him, according to sources, a net worth of $3million. Though not confirmed by the actor himself but with the help of his history of movies he played such as “Life Guard” with the famous actress, Kristen Bell, A Smile As Big As The Moon and his current American T.V series “The Fosters,” may have landed him a hefty amount of net worth.