By Rushali Kapali | On: May 23, 2022
Dancing With The Stars alum, Jaleel White claims that he didn’t receive a warm welcome during his arrival on Family Matters.  According to the post shared by TV One, Jaleel talks about his experience portraying his most famous role- Steve Urkel...Jaleel had a very unsound relationship with his ex-girlfriend Bridget Hardy... 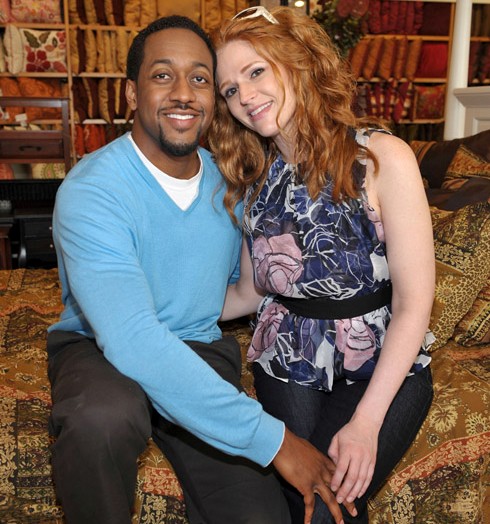 Jaleel White, a former contestant on Dancing With The Stars, alleges he was not greeted warmly when he arrived on Family Matters. Jaleel discusses his experience portraying his most famous role, Steve Urkel, in a piece provided by TV One.

During the teaser released by the TV One’s Uncensored, he shared that the cast did not welcome him as he didn’t know anything about the show as it was only supposed to be a guest appearance.

However, his role became a fan favorite and stayed in the show for a long time.

"I was not welcomed to the cast at all...they know what it was…I didn’t think anything of it being cast to be on Family Matters because it was supposed to be a guest spot, one and done."

Jaleel White quickly stole the show as everyone’s favorite nerd on the classic sitcom Family Matters. He turned what was meant to be one guest appearance into an iconic starring role. An all-new episode of UNCENSORED airs Sunday at 10/9C. pic.twitter.com/QAp7sy8zNc — TV One (@tvonetv) May 3, 2021

Later in the preview, White also becomes emotional while talking about his onscreen, who died because of stomach cancer in 1998.

Issues With Ex-Girlfriend And Accused of Assault

Jaleel had a very unsound relationship with his ex-girlfriend Bridget Hardy. Although the exact time duration of their relationship remains private, some sources suggest they began their relationship in 2006 and split some time between 2009 and 2011.
Jaleel and Bridget have a daughter together named Samaya White who was born in 2009.

In March 2012, while Jaleel was in a relationship with Hardy, he was accused of cheating and domestic violence. Hardy claimed that Jaleel is an abusive cheater. In an exclusive interview with Star Magazine, Hardy said-

“Verbally and emotionally, he’s abusive. He told me I’m not working; I have no money; I’m white trash. None of it was true....He hit me across the chest area, He pushed me into the toilet, and it broke. Water went everywhere, through the walls and even to the kitchen downstairs.”

However, Jaleel denied the abuse in a meeting with Entertainment Tonight in April 2012, stating there was zero domestic violence. He even noted that Hardy filed the suit as a ‘ploy’ to receive the money from him. He said- “I’ve never been arrested in my life, I have no history of violence. I’ve never even had a cop show up to my home.”

Conversely, Hardy said that Jaleel offered her money to leave their daughter with him.

She said,l “He texted me and offered me $200,000 to leave our daughter with him and have me go and start my own family...He basically tried to pay me off. I went home screaming and said, We’re done.”

After facing issues from his past relationship, the former Family Matters star hasn’t opened up about his personal life. Some of Jaleel’s fans assume that he is married and lives with his secret wife, while others believe him to be single and parenting his daughter alone.

Jaleel White was born on November 27, 1976, in Culver City, California, with his full name Jaleel Ahmad White. White is the only child of Gail White, a homemaker who later became his manager, and Michael White, a dentist.

White went to John Marshall Fundamental High School and graduated from the University of California, Los Angeles, in 2001.

The Family Matters star started his career at the age of three, and his first television role was a guest appearance on The Jeffersons in 1984.

Further, His prolific career has allowed him to enjoy a splendid net worth of $10 million. Some of his recent acting credits include his performance in Atlanta (2016), Celebrity Family Feud (2016), and Survivor’s Remorse (2016).