Did Michael Michele Steal Another Woman's Husband And Got Them A Divorce? Looks After Son As A Single Parent

By LRU Writer | On: May 05, 2017
Did Michael Michele Steal Another Woman's Husband And Got Them A Divorce? Looks After Son As A Single Parent After gaining popularity as a fashion icon and a lone parent actress, Michael Michele got surrounded by the allegation of stealing another woman’s husband, which is said to have led her to divorce. Is the accusation framed for the publicity stunt or is the actress acquainted with somebody else’s man? 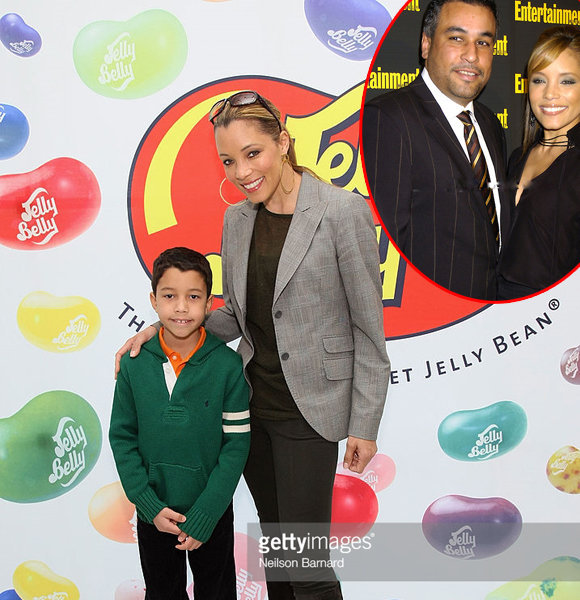 After gaining popularity as a fashion icon and a lone parent actress, Michael Michele got surrounded by the allegation of stealing another woman’s husband, which is said to have led her to divorce. Is the accusation framed for the publicity stunt or is the actress acquainted with somebody else’s man?

For now, we shall get hold of the truth followed by her prior relationships and her family background.

Rumored to be in a Relation with a Married man, But is it True?

In the year 2004, the Dark Blue actress got surrounded in the accusation of getting into an affair with a restaurateur Jimmy Rodriguez.

As per nypost.com, the lawyer Brett Kimmel reported about Jimmy being the father of Michael son’s, J Brandon born in 2005.  The news got identified through the court paper when Elaine Rodriguez was filing for divorce. Caption: Michael Michele with Jimmy Rodriguez together at a sports event.(2004)

While some source reported the duo to be in a relationship from 2003, the mother shared no picture and no birth details of the childbirth along with his biological father. However, in 2006, a source reported about Michael staying in a live-in relationship with Jimmy in L.A till their relationship got abruptly ended in 2005.

Michael has completely shunned her personal life from the media reach due to which the allegation still lingers in the air, while at the same time no reason for her break up with the man has ever revealed.

, Michael got spotted with her son Brandon at  Mr. Bones Pumpkin Patch later in 2007. Caption: Micheal enjoying a weekend with son Brandon, at the Pumpkin Patch.(2007)

Currently, Jimmy is reported to be single while Michael is living a grounded life with her son J. Brandon. However, Michael shared a post recently during her son’s 16th birthday.

Maybe for the sake of her son Michael has kept her personal and professional life separate, or maybe she does not want to be further surrounded by the gossips and added rumors despite addressing the rumors.

It looks like the mother of a son has outsmarted the media by keeping herself quiet and creating a strong wall for the press personal to trespass it. So for now, with no reports of her dating any other men, the actress can be speculated to be single and is enjoying her motherhood thoroughly.

A wealthy Family background, how generous is she?

Despite being an actress mother, Michael has parents holding strong family background where her father was an entrepreneur while her mother worked for Bristol-Myers. She has a sister whose identity has got well tucked in. This aspiring actress joined the Hollywood industry in the year 1991 through the movie “New Jack City” and television series “Private Times.”

Since then she has made several contributions in the Hollywood by working in films like” How to lose a guy in 10 days (2003)”, Gossip Girl(2011). While at 2015 she worked in the television series “The Following” and “The Blue Bloods” which we are sure has added a hefty amount to her net worth. However, Michael is yet to reveal her net woth to the media.

Stay with us for latest updates on Michael Michele!