Aaliyah Mendes: Details on Her Age, Singing and Connection with Family

By LRU Writer | On: December 25, 2017
Aaliyah Mendes: Details on Her Age, Singing and Connection with Family. Born in Toronto in the year 2003, Aaliyah Mendes celebrates her birthday on the 15th of September. The 14-years-old stands at the height ?5' 3” and her zodiac sign is Virgo. But don’t let the age confound you! Aaliyah has more followers on her various social media accounts than you can imagine. She has more than 600,000 followers on Instagram, and  650,000 fans on her Musical.ly. 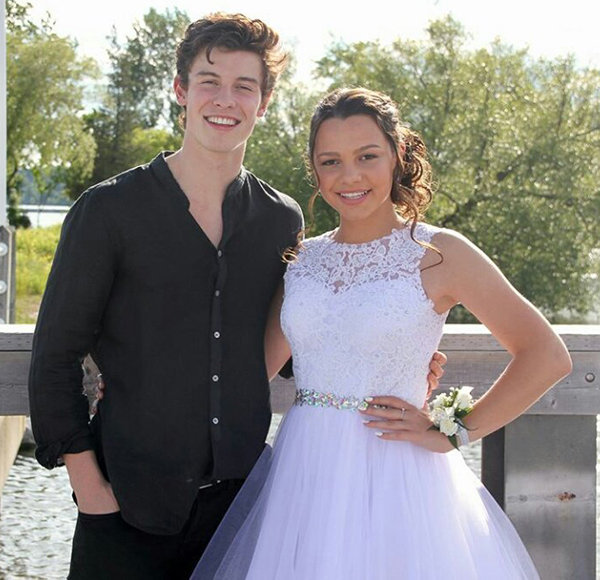 With the ever-growing population, the number of outstanding talents has increased in the world, too.

There has always been a competition for one to be on the top of their game.

That frenzy is not only existent on television, magazines, or other high-end careers, but on each possible course.

If you want to be famous in this digital age, however, you have to inevitably join some social media and be active on them as much as possible.

But of course, doing only that is not the end of it: you need to have some incredible talent like the "Musical.ly" star Aaliyah Mendes.

Yes, we are talking about the beloved sister of the famous Shawn Mendes.

So, if you are eager to know more about this girl, join in for a treat!

Know All About Aaliyah Mendes in Her Wiki-like-Bio!

Born in Toronto in the year 2003, Aaliyah Mendes celebrates her birthday on the 15th of September.

She is the daughter of the parents Karen Rayment and Manuel Mendes who are a real estate agent and a businessman respectively.

The 14-years-old stands at the height ‎5' 3” and her zodiac sign is Virgo. But don’t let the age confound you! Aaliyah has more followers on her various social media accounts than you can imagine.

She started her social media journey with her Vine account under the name 'Princess Aaliyah' in July 2013, and it accumulated more than 175,000 followers in one year.

However, it didn’t breach Aaliyah’s successful career as she has already won thousands of hearts singing her way through Musical.ly, an app that lets you create videos lip-syncing to your favorite songs and dialogues.

Caption: Aaliyah Mendes makes a musical.ly on her brother's song.

Aaliyah not only impresses her fans by posting videos on Musical.ly but also by showing the fondness she has for her family.

On November 7,  2016, for the occasion of her mother's birthday, she Instagrammed a picture of her and her mother.

In the caption, she wrote, "happy birthday to my amazing mum, who spent the entire day in a cold arena for me???? love you xo #tb." Caption: Aaliyah Mendes and her mom in a matching outfit.

She is, indeed, a princess to her family, and the connection she has with them is too precious.

Moreover, Shawn Mendes is undoubtedly a caring brother for her as he always manages time for his sister despite his hectic schedules.

To make the day more special, he uploaded a picture of himself and his sister and captioned it with pride.

In The Ellen Degeneres Show, Shawn also shared the meaning of the tattoo he has marked on his hand.

Surprisingly, the implication was super emotional. He elaborated,

"I had this idea for like a year before I got the tattoo. It’s the woods here and a reflection on water, a sound wave connecting to the city, being Toronto. Actually, the sound wave is my parents and my sister saying 'I love you,' so it’s that connection between home, work, and family."

Well, we can conclude that the cute teenager Aaliyah is keenly loved by her brother, Shawn, and her family. Also, without a doubt, all her followers!