By LRU Writer | On: July 15, 2019
Abigail Ratchford has already made herself a net worth of whopping....revealed her past relationship with ex-boyfriend....there were rumors that she was dating NBA player...body measurements include size of... 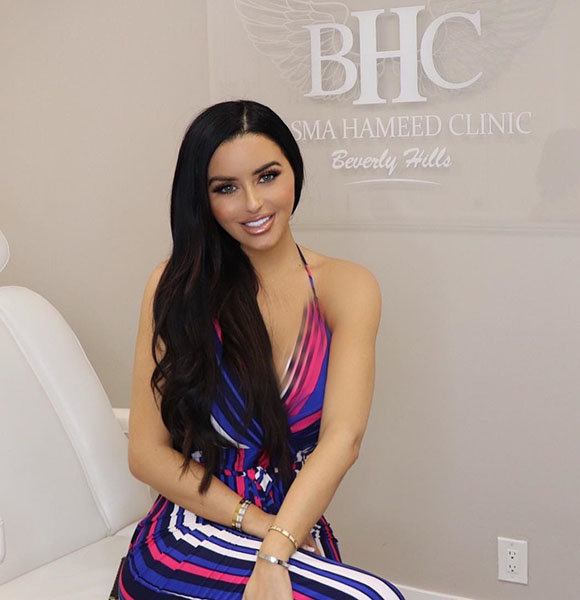 Abigail Ratchford is an American lingerie model known for posing for reputed magazines like Maxim, Esquire, and Zoo. She is also regarded by many as ‘The Queen of Instagram,” and she does live up to the title with more than 9 million followers on the social media site.

The model has also tried her hands in acting as she guest appeared in NBC’s hit show, Park and Recreation. Due to the wide fame that she accumulated, she was chosen by A-list designer Michael Costello to showcase his collection.

The Instagram model isn’t dating anyone as of now, but there was a time when she was romantically linked with some big names in the entertainment business. In 2014, she dated Jamie Iovine, son of Interscope Records founder Jimmy Iovine. However, the relationship didn't last long as they broke off a year later.

The reason behind the separation was not disclosed, but Abigail did hint that some business issues were involved. In one of her interview in 2017, she revealed her past relationship with ex-boyfriend Jamie hampered her professional life.

Since fans prefer their dream icon to be single even outside the realm of their fantasy, she expressed about trying to keep her future dates private.

Moreover, in 2017, there were rumors that she was dating the famous NBA player, Klay Thompson. The romance gossips had surfaced after the model posted a picture on Instagram with Klay's dog. Abigail even captioned the photo saying she had the best sleep that night, which implied the pair's sexual affair.

However, Klay came forward the same year to deny the dating rumors. She was also involved in a fling with businessman James Peperno in 2013.

Born on 12th February 1992 in Pennsylvania, the 27-year-old model has managed to monetize every aspect of her beauty. Surprisingly, she earns an estimated $7,937 per post on Instagram alone, and she falls on the list of 10 highest Earning Millionaire Instagram Supermodels. The times have surely changed, and posting semi-nude pictures of yourself can have an economic advantage in today's economy. Doing so, Abigail has already earned a net worth of whopping $4 million through her fame founded on social media. A considerable part of her income comes by doing product placement for many high profile brands, including Ignite and Fashion Nova.

Making money off from sheer appearance is no joke, and the model sure does have kept her assets in check. Her voluptuous and hourglass figure has become eye candy for both men and women.