By LRU Writer | On: March 21, 2018
Actor Marcel Ruiz Facts - From Birthday, Age To Personal Life Details. Age is just a number, for people who are passionate, determined enough to deliver the best from the get-go. Likewise, Marcel Ruiz, a young teenage actor has already set himself successfully to a career path with fame and fortune. 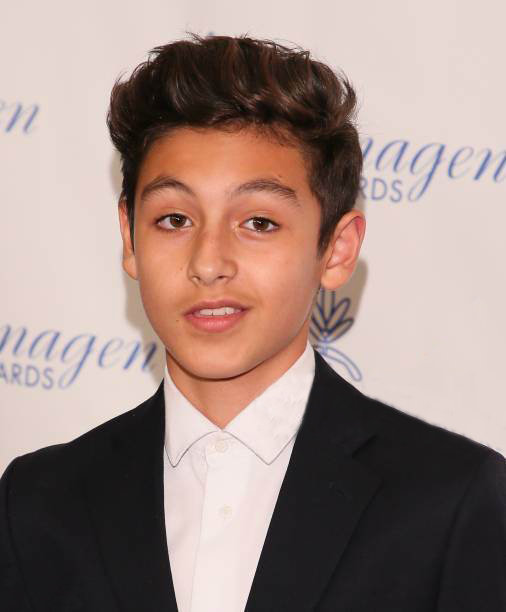 Age is just a number, for people who are passionate, determined enough to deliver the best from the get-go. Likewise, Marcel Ruiz, a young teenage actor has already set himself successfully to a career path with fame and fortune.

Curious to know how he rose to stardom at an early age? Let us take a stroll past Marcel's life to get acquainted with his journey to success.

Marcel Ruiz was born on 9 July 2003 in Old San Juan, the oldest settlement within Puerto Rico. Born as the only child of the award-winning director Carlitos Ruiz and Mariem Perez Riera, Marcel has no siblings related to him by blood.

However, Marcel who stars in a family drama does have a sister from the sets of One Day at a Time. Isabella Gomez, who portrays Elena on the sitcom One Day at a Time is Marcel's 'TV sister.' Via one of his tweet, Marcel expressed that he loves Isabella,

"I love my TV sister @Chavelua, she's the best ever."

Moreover, Isabella wished Marcel on his birthday on 9 July 2016 by twitting a picture of them together addressing him as "my on-screen little brother." She captioned the image as,

"Happiest of birthdays to my on screen little brother!! I love you almost as much as if we were really siblings." Meanwhile, Marcel, following the footsteps of his parents looking for a career in the world of glamour, initiated his career in entertainment industry.

Marcel has been in front of the cameras beginning his career at an early age starring for the commercials. Eventually, he moved to Los Angeles with his parents at the age of nine.

Moreover, falling for the different shades of acting, Marcel turned his hobby into his full-fledged career. Marcel, who is best known as Alex Alvarez, who mirrors his cool and laid-back personality in the Netflix reboot of One Day at a Time stands at the height of 1.68 m (5 feet 6 inches).

Talking about his hobby, Marchel enjoys writing music, photography, and fashion. He also excels in athletic sports including basketball and soccer.

American Actor One Day at a Time Its Marcel Ruiz