By LRU Writer | On: March 10, 2017
Look who’s going to be a bride pretty soon? It’s Vanessa Marcil ladies and gentleman, the beautiful American actress. Although an unfortunate incident took place, Vanessa still seems to hold up and seems to be dating her boyfriend who turned into a finance. Let’s find out if she is keeping it a secret or flaunting to the whole world. 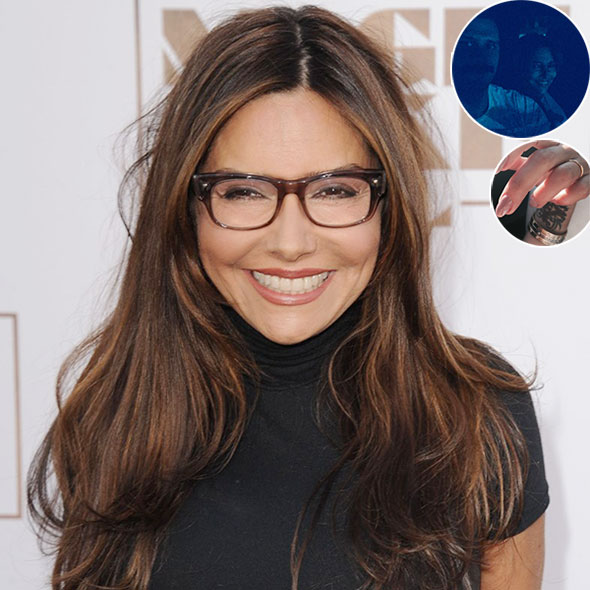 Look who’s going to be a bride pretty soon? It’s Vanessa Marcil ladies and gentleman, the beautiful American actress. Although an unfortunate incident took place, Vanessa still seems to hold up and seems to be dating her boyfriend who turned into a finance. Let’s find out if she is keeping it a secret or flaunting to the whole world.

On April 23, 2015, Vanessa revealed the media that she is now an engaged woman but she did it indirectly. The 48 years old actress posted a picture of her hand, flaunting her freshly manicured fingernails with a ring placed in the right place to say it all. The actress casually said that she was planning her wedding.

Ok!!! Here is my news Finally! I got a mani after exactly 1 year & we are planning our wedding but how do U pick Ur nose with nails? #imserious

However, over to her Twitter, she explicitly revealed that her boyfriend who turned into her fiancé bent down his one knee to propose her and asked her to marry him while he was in uniform. What uniform? Well, that’s a mystery. She also disclosed that her engagement ring was Audrey Hepburn's gold band.

Now, let’s move towards the man himself. Well, his name is for the moment ‘MC.' It is because Vanessa herself has not revealed it and her soon-to-be husband has not divulged his identity and has a twitter account under the name MC.

Not sure if MC is trying to make an epic dramatic entry when the wedding day comes near. However, before Vanessa revealed her engagement, on April 12, 2015, her now fiancé shared on his Twitter account a photo of the couple in a very poor lighting condition possibly a movie theater. It was impossible to make out his face but there seemed to be a mustache; a very thick one.

To our relief, Vanessa posted picture of her fiancé on her Instagram

Earlier this year, Vanessa along with her fiancé MC and her son from her past relationship with Brian Austin Green, an actor, met with an accident where they were hit by a truck on the rear end of their vehicle. Vanessa and her son were fine but MC was left with a hurt neck and back but recovered successfully later.

On that note, it should be noted that the pair of Son and Mother have a deep, deep relationship and have been inseparable since birth. She once reported that after his birth she didn't want to be a regular in any TV series and wanted to give her family adequate enough time. She talked about her statement saying,

It’s no secret to anybody that I really like to have a good balance of home and work, and for probably 16 years straight really all I did was work, and I just carted my son with me everywhere. That works OK, as you a parent know, up until about age 6, and then you have to revolve your life around their stuff. So I missed a lot. I missed weddings and funerals and parties and holidays and really everything for those 16 years, but I wouldn’t change it for the world. All my dreams came true and I get to do what I love for a living, but I don’t want to do it for 16 hours a day, five days a week anymore. I mean, I can’t. It’s impossible.

She has also responded to question about getting back to full time work on her social media. Here's what she has to say,

She also lovingly addresses her son with the hashtag '#buddhachild.' The child must have some deep words.

"People accept the love that they think they deserve" -Kassius at 7:45am #Buddhachild

The three-time Soap Opera Digest winner and one time Daytime Emmy Award winner Vanessa Marcil, famous for her role as Brenda Barrett in "General Hospital" since 1992-2015, can recently be seen in "The Convenient Groom" as Dr. Kate Lawrence. She currently has a net worth of $2 million dollars and has a project in post-production ‘Deadly Devotion’ which is due for 2017.