By LRU Writer | On: December 12, 2019
Adam Cole is a professional wrestler for WWE’s developmental territory NXT. He is the...Adam is the reigning champion of the NXT. Being in the spotlight, he is sure...he wrestling superstar is currently dating a fellow wrestler...Adam began training for wrestling in 2007 at Combat Zone Wrestling Academy... 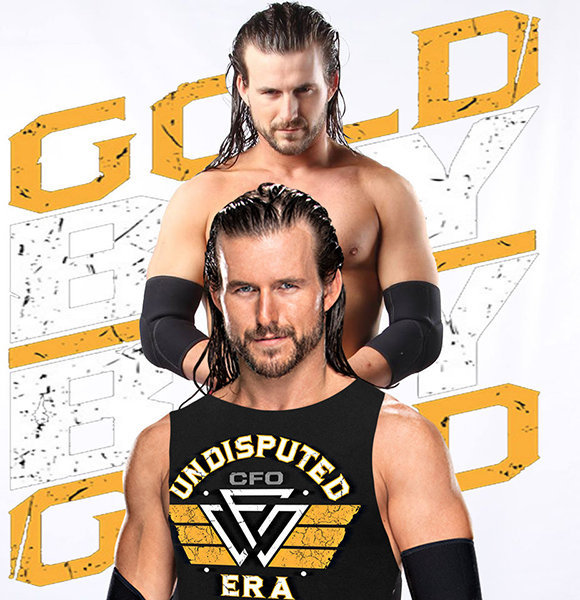 Adam Cole is a professional wrestler for WWE’s developmental territory NXT. He is the reigning NXT champion since 1st June 2019. He defeated Johnny Gargano at NXT Takeover: XXV for the title in Bridgeport, Connecticut.

He is the leader of The Undisputed Era, a professional wrestling group. It consists of him, Bobby Fish, Kyle O’Reilly, and Roderick Strong.

Adam is the reigning champion of the NXT. Being in the spotlight, he is sure to receive a generous amount of payment. Adding the halo of fame on top of his already illustrious career, he has no doubt amassed a significant fortune. His net worth is estimated to be somewhere between $100,000 to $1,000,000.

The wrestling superstar is currently dating a fellow wrestler, Britt Baker. The two met on 3rd March 2017 and have maintained a strong bond ever since.

In an interview with Sports Illustrated in November 2019, Adam expressed his love for his girlfriend. In his own words:

“It’s wonderful. I’m her biggest supporter and she’s mine, and it’s been really cool watching her do her thing.” Britt seems to share the same sentiments. In November 2019, she revealed some details regarding her relationship with Adam when she appeared on Women's Wrestling Weekly. She said that Adam was not only her biggest supporter but also her best mentor who genuinely cared for her. She also added that he had helped her with her career, wrestling, and promo among other things.

Britt Baker was born on 23rd April 1991 as Brittany Baker. She is a professional American Wrestler signed to All Elite Wrestling (AEW) on 2nd January 2019. Besides being a wrestler, she is also a dentist.

Britt began her wrestling career at age 25 in International Wrestling Cartel (IWC) event in August 2015. She participated in numerous events since then and has accomplished a great deal.

Adam began training for wrestling in 2007 at Combat Zone Wrestling Academy. He made his CZW debut on 21 June 2008.

In his 12 years plus career, he has been in hundreds of matches. His list of accomplishments is also numerous. He has won more than 30 championships. Below are some of his most distinguished achievements: