By LRU Writer | On: July 05, 2017
Alex Jones' Married Life Ended In Divorce! Also Lost Children In Acrimonious Custody Battle With Wife Death, being the last option that parts you away from people you love, divorce and breakups, comes first on the list.It's Alex Jones, the conspiracy theorist and an American radio show host, who tasted departure this time. Alex got divorced and also lost the battle of the children's custody with his, then-wife Kelly Jones.Let's take a look at what went wrong between the two that caused the tragedy! 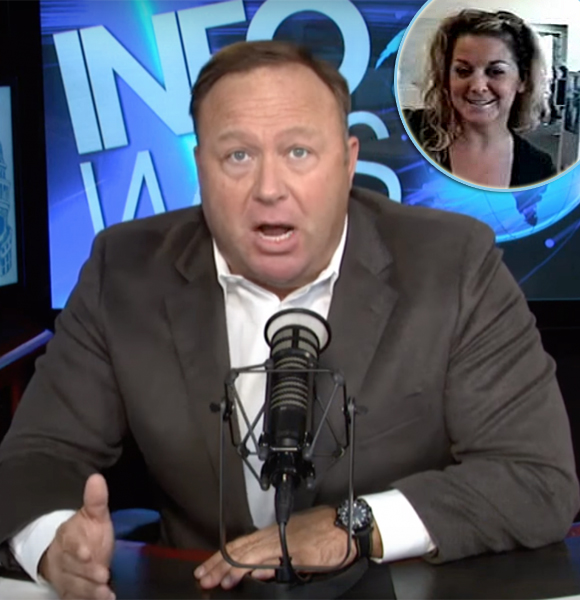 Every beginning is tagged to an end! Someday, somewhere, somehow, things will wind up, be it willingly or unwillingly. A relationship experiences the same; you depart with the people you love, at least once in a lifetime. Death, being the last option that parts you away from people you love, divorce and breakups, comes first on the list.

It's Alex Jones, the conspiracy theorist and an American radio show host, who tasted departure this time. Alex got divorced and also lost the battle of the children's custody with his, then-wife Kelly Jones.

Let's take a glance at what went wrong between the two that caused the tragedy!

Parted Ways With Wife Followed By The Lost Battle Of Child Custody!

Alex Jones is known for his foul mouth, as he masters the act of creating tension; talking about sensitive matters like Sandy Hook Massacre, 9/11 incident and few more. He is the owner of the Infowars, which has been labeled as fake news website.

His nature often prevails in his action, and it wasn't a surprise to the world when Alex's ex-wife Kelly decided to cease their married life.The then couple called it off on 2015 and Alex had the primary custody of their three children. However, with all the evidence Kelly and her attorney managed to present in front of the Jury of the Custody battle, it is reported that Kelly has won the case and is given the joint custody of their children.

As the Austin American-Statesman reported, the State District Judge, Orlinda Naranjo, also announced that Kelly now has the authority of deciding, where their three children will live. However, the visitation rights of Alex remains confined till this date.

The custody battle was hard fought, as both the party's attorney had their case to pledge. Kelly's attorney, Rober Hoffman, enlightened the court that his client's marriage was emotionally, physically and sexually abusive.

He further told the jury:

'Nobody can stop this man except the 12 of you.'

"Radio personality is a 'cult leader' who's turning their children against his ex-wife."

Earlier, Alex's attorney tried to convince the jury with an argument that, Kelly was emotionally unstable and their children aged 9, 12, and 14 should be taken care of by Alex himself.

However, Kelly's attorney was able to persuade the court that her emotional dysregulation was natural, undergoing parental alienation, which is the process, through which Jones managed to allegedly, brainwash his children into hating their mother.

Alex wasn't at all happy with the court's verdict, which resulted in him doing what he does best; ranting,

Caption: Alex, discussing with the team of his lawyers after being ruled out of the custody battle (Published on Apr 28, 2017).

The Pre-trail of the case also comprised of statements from Kelly that said,

“He says he wants to break Alec Baldwin’s neck, He wants J-Lo to get raped. I’m concerned that he is engaged in the felonious behavior, threatening a member of Congress. He broadcasts from home. The children are there, watching him broadcast.”

Ben Hartman, the American-Israeli journalist, also tweeted, the happening in the courtroom mentioning about Alex's girlfriend; specialized in sending nudes, However, undergoing all the evidential statements, Kelly was served justice.

Out of all the varieties of people in the world, there are few, who are followed by controversies, and there are others, who create controversies. Alexander Emerick Jones, who is known for being the later one, was born on February 11, 1974, in Dallas, Texas.

He is known as the director and the producer of his show 'The Alex Jones Show' and few other shows like Terrorstorm, and Endgame. Despite being the center of attraction for people who wait to hear from him so that they can lash hatred upon him for what he does, he has been able to get maximum views on his content, resulting him in earning huge amount of dollars.

For the views that he managed to get on his content, the producers of the shows, shower a hefty amount of salary on him, that is evident in his net worth, that dwells around $5 million.

Though economic aspect for him seems just right, his personal life looks a little bit wrecked. After having gone through the divorce, he was suspected dating a girl and being in a live-in relationship.

The incident was brought to the limelight in his child's custody battle, which hampered Alex's case to some extent. And now that he has lost the case with his ex-wife, Alex might be trying his best in doing what he does, creating controversies.

Stay with us for the emerging updates on Alex Jones!