By LRU Writer | On: April 16, 2018
American television personality, Alex McCord rose to fame after her appearance in the American reality series, The Real Housewives of New York City. Apart from her acting career, she holds a perfect family along with children, setting an example for many people. So, what is the mystery behind her success in both professional and personal life? 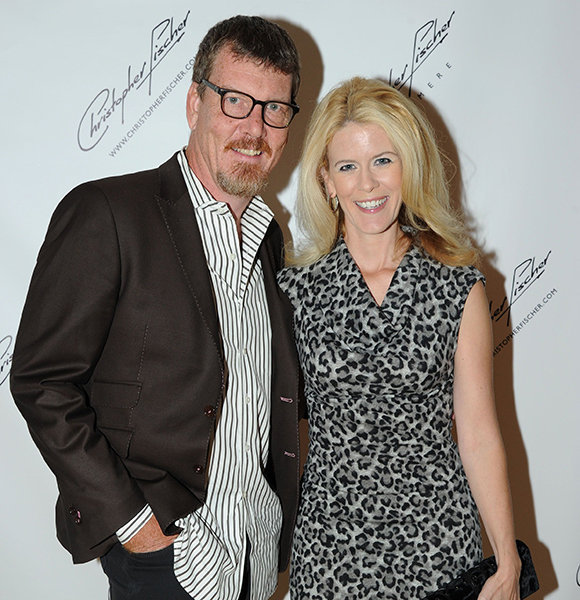 American television personality, Alex McCord rose to fame after her appearance in the American reality series, The Real Housewives of New York City.

Apart from her acting career, she holds a perfect family along with children, setting an example for many people.

So, what is the mystery behind her success in both professional and personal life? Follow the article to get the answer!

Most of the stars in the series, The Real Housewives of New York City are not able to perpetuate their relationship and marriage life. However, Alex is an exception as she is holding an abiding married life with her husband.

Alex is happily married to Australian-born New York-based businessman Simon van Kempen since May 2000 and shares two children with her husband.

Alex and Simon welcomed their first child, a son named Francois van Kempen in October 2003. And after two years, she gave birth to their second son, Johan van Kempen in November 2005.

Alex also executed onscreen romance with her husband on the VH1 reality show, Couples Therapy in 2012.

Both husband and wife have a sound understanding with each other which is demonstrated by her Instagram posts. On May 2016, Alex Instagrammed a picture along with her husband on the occasion of their 16th wedding anniversary, wishing him on their anniversary and simultaneously flaunting their longterm love. 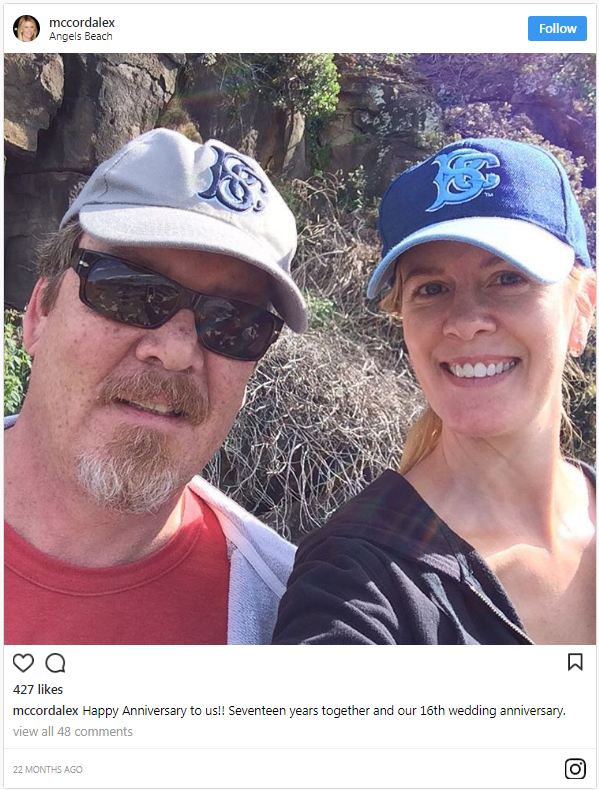 Alex and her husband Simon celebrating the 16th wedding anniversary in May 2016. (Photo: Alex  McCord's Instagram.)

Likewise, in 2014, the couple shifted along with their children from Brooklyn to Australia, the homeland of Simon to be closer to his mothers and siblings. Alex was working in Avalanche Entertainment with her husband consulting hotel businesses after she left The Real Housewives of New York City.

They left their profession after moving to Australia and later, Simon earned his law degree in December 2017. Alex Instagrammed a photo of her husband and son to congratulate Simon. Later, Simon opened Van Kempen & Associates with his brother that works for property law serving as a director in 2015 and are enjoying their cheerful life in the new town.

It's evident that Alex enjoys a joyous life with her family, but the divorce of her co-star Bethenny Frankel rose curiosity regarding the secret to her successful marriage.

Talking in the Daily Dish podcast of Bravo TV in May 2017, Alex opened up the secret, stating:

Our marriage secret is, first of all, we came into it as equals which not everyone else did. Second, our priority is always each other. We were here first before the show and anything else. We always choose each other over whatever else is happening and I think that’s the secret.

The 44-year-old seems to be delighted with her family and judging by the circumstances till this date; it seems their relationship is truly for life.

Degree In Psychology, Net Worth

She initiated her big screen debut in 2004 from the comedy movie, The Tollbooth. Alex appeared on several series after the debut before she was cast for the show, The Real Housewives of New York City in 2008.

The former television actress is now working for a group of nursing homes as the client advocate in Australia after receiving Bachelor of Arts degree in psychology in 2017.

With her fantastic career on and off the screen, she enjoys her net worth of around $2 million.