Alex McLeod Content With Soon-To-Be-Husband! Any Plans On Getting Married?

By LRU Writer | On: September 27, 2018
Alex McLeod Content With Soon-To-Be-Husband! Any Plans On Getting Married? Alex McLeod, the American television personality, holds a Primetime Emmy Award nomination on her achievement list. Alongside the budding career, Alex is content in her love life too, as she is already engaged. But, what about her plans on getting married? 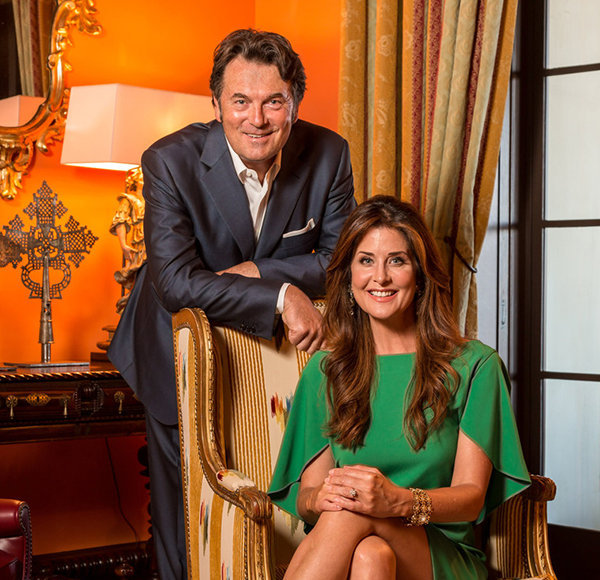 Alex McLeod, the American television personality, holds a Primetime Emmy Award nomination on her achievement list. Alongside the budding career, Alex is content in her love life too.

Turns out the love of her life has already presented her with an engagement ring and now is already engaged. With the engagement comes the wedding which has kept her fans guessing if the ceremony is around the corner for Alex? Let 's find out.

Alex McLeod is a household name known mostly for TLC’s show, Trading Spaces. Not only that, but Alex is also known as the owner of the 19th century Andalusia designed mansion, Hacienda de la Paz in Rolling Hills.

But, did you know that Alex shares the property with her fiancé, John Blazevich? John Blazevich is a food entrepreneur with more than three decades of experiences in the food industry owning the company “Contessa Premium Foods.”

Engaged with the business leader, John, Alex has kept most of her love life's details under the wraps, which have veiled her dating timeline. Both the pair has not yet gushed about their initial meeting or the time from when John became Alex’s boyfriend.

Furthermore, though their dating life never gained the media's attention, the duo made the major headline when they listed their California mansion, Hacienda de la Paz in the market in 2013. She gave her notable friends a tour to her $53 million dollar home while hosting a women’s spa day at the estate’s one-of-a-kind.

The mansion is now turned it into a perfect home for hospitality as the food entrepreneur John and designer Alex put in their expertise to make it happen.

The home to the engaged couple, Hacienda de la Paz was the venue where one of McLeod’s sisters got married. Hinting at her own marriage, McLeod, the lady of the house, commented that she and John might get married there in the future, turning her fiance into a husband. Hopefully, the day will come soon for the couple in the forthcoming days but there have not been any released wedding dates for the two just yet. Well, seems like they are just keeping it at hold for now and would soon surprise their followers with the ceremony news.

Alex McLeod, with the birth name, Alexandra Ann McLeod, was born in 1968 in Galveston, Texas, USA, to the family of political background as she has a politician father and real estate developer mother. Due to her family's political background, she spent a lot of her childhood days on the campaign trail with her father, a former Texas state legislator.

McLeod did her graduation from the University of Texas with a degree in Speech Communications, and later from Le Cordon Bleu College of Culinary Arts. During her college days at The University of Texas, Alex worked as a news intern for KPRC (NBC) in Houston making her first job.

Further, Alex had worked as a host on a variety of reality-based programs such as Trading Spaces (2000) (TLC), Joe Millionaire (2003) (FOX) and Best of Both Worlds (2001) (A&E). Also, she has guest-hosted on popular morning news/talk shows such as ABC-TV's The View (1997) and Good Day Live (2001) and has been profiled in many publications such as Newsweek and Entertainment Weekly.

Throughout her career, she is best known for her works in the show “Trading Spaces” for which she received a Daytime Emmy nomination for her work in the first season. Moreover, Alex is also a trained chef, has consulted with leading food companies and even enjoys food competitions on occasion.