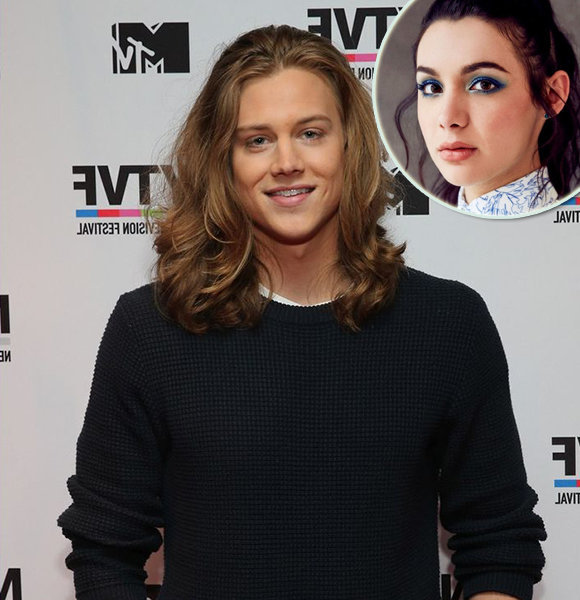 American actor, Alex Saxon is known for his roles in the widely popular TV series, The Forsters. Through his flamboyant personality and looks, he has augmented massive followers, well-wishers.

However, like other celebrities, Alex too has not much publicised about his personal life. But with every passing day that is adding to his age, Alex's fans are more curious to know about his relationship status.

So, if you want to know about his obscure personal life, then keep reading down!

Also known for his role in the teen drama, Finding Carter, Alex Saxon has kept most of his private life details under wrap. However, he has been flaunting his romantic life with his girlfriend on social networking sites.

Well, Alex, 30, is seemingly in a relationship with the TV series, Dirk Gently's Holistic Detective Agency actress Hannah Marks. Their dating life remained secret until Hannah uploaded the pictures on her Instagram Account providing their followers with an insight into their love life. However, the exact date of their dating relationship's initiation is yet to get disclosed.

On Valentine's day, actress Hannah uploaded the adorable picture on her Instagram account, in which she was sharing a romantic kiss with her actor-boyfriend, Alex Saxon. Just a day after Hannah uploaded the picture, Alex too shared the glimpse of their romantic life sharing photos on Instagram with a caption that read,"Room may be dim, but that heart is bright."

Though their exotic photographs have been viral on the internet, they have not talked anything about their relationship status out in the open.

Previously, the actor was seen together with his fellow co-star of the TV series, The Forsters(2013), Maia Mitchell. He once uploaded a picture with Maia on the Instagram back in 2013, in the comment section of which; many of their fans tagged them as a, "best couple." However, as far as their relationship status was concerned, they were in love but just for the cameras.

Born on September 10, 1987, Alex Saxon attended William Jewell College, MO where he studied Psychology and Applied Critical Thought and Inquiry. His parents are from Liberty, Missouri but they later moved to Los Angeles, California.

Alex's acting career started at the young age of eight and ever since then, he worked his way up, in achieving further heights in his career.

Meanwhile, apart from his acting skills, his shirtless body in ABC Family Drama, The Fosters gained massive attention too.