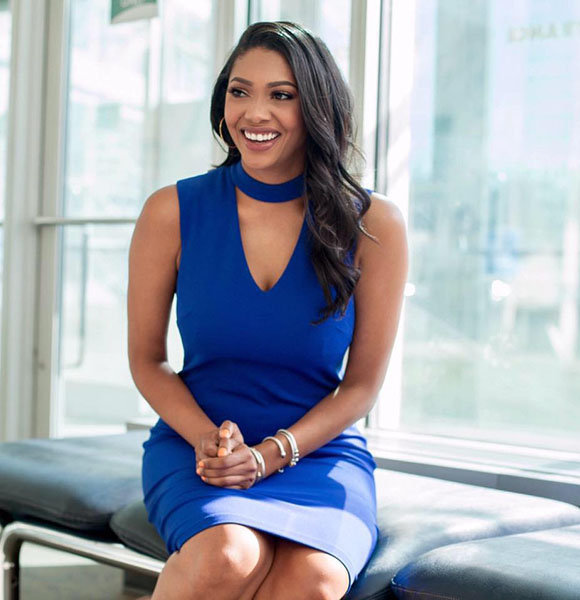 Based on Seattle, broadcast journalist Alexandra Lewis' rise to prominence coincided with her move to Q13 News as its anchor/reporter in July 2015.

Active on TV airwaves since the age of 10 via commercials, TV shows & news, Alexandra's last stop before Q13 was WKEF/WRGT in Dayton, Ohio. She worked there for two years.

Ahead of her stint at Ohio, she was a reporter for the Houston-based station KPRC for a year. And, between 2007 and 2009, the talented journo was Louisiana's KFLY's weekend anchor.

Alexandra was born in the year 1984. A Scorpio by birth sign, she celebrates her birthday on 15th of November every year. YouTuber Jeffree Star's and actress Shailene Woodley's birthday falls on the same day as the 34-year-old.

From the age of 10 and until she reached 20, she worked as an actor/model/voice-over. Signed with Page Parks Agency, Alexandra starred in several television shows, commercials, industrials, and print campaigns.

After finishing her high school education, she enrolled in the University of Miami in 2003. Four years later, she graduated with bachelor's degrees in Broadcast Journalism and Political Science & Government.

Regarding her height, the former KPRC personnel stands little above five feet and seven inches in height.

Going by her mother's pictures on Instagram, she appears to exhibit features of a bi-racial woman. Her dad, on the other hand, is as African-American as they make. Alexandra's biological parents married some 44 years ago and are still going strong.

Coming from a mixed-racial family, the Q13 News personality - therefore - probably identities herself as belonging to African-American ethnicity, despite the fact.

Employed at Q13 News, Alexandra earned a promotion as a reporter for its early morning newscast in less than eight months after joining the network.

At the Seattle-based & Tribune Media-affiliated network, she anchors a four-hour morning show every weekend. Also, she serves as a breaking news anchor during the weekday morning show. Thus, it's only right that Q13 News pays her a six-figure sum salary for all the hard work.

Compared to her professional accolades, Alexandra's love life is in its infancy. Nevermind her getting married; she is yet to drop hints about her husband prospects. Maybe, it takes a man of a certain stature to convince the Texas native into having kids. Unlucky for her, she must've had hard luck finding "the one."