Allie Grant Then And Now: Weight Loss For Better Or Worse? 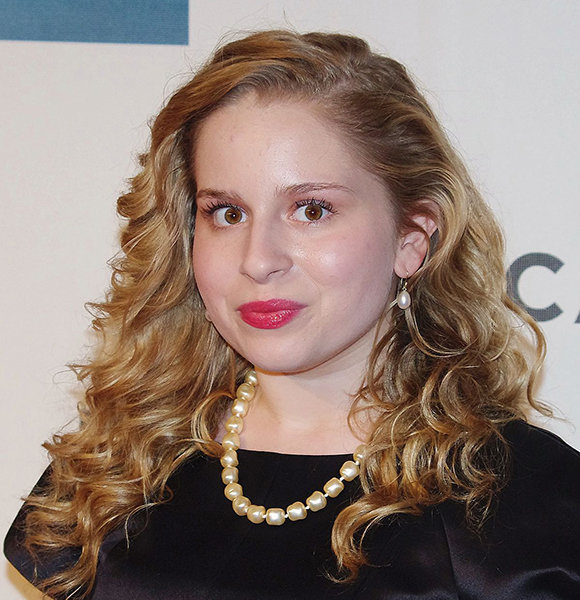 To those who follow the Showtime's dark American comedy, Weeds, they may be familiar to the chubby little kid, Isabelle Hodes portrayed by Allie Grant. Well, the fat little girl is all grown up now, and whats more, she has undergone a massive physical transformation.

The cute obese girl has shed her skin, and her place has been taken up by a dashing young diva. Moreover, the young actress looks ravishing in her newest avatar.

Isabelle Hodes, the plus-sized obese daughter of drug Baroness Celia Hodes, is continuously in a struggle with her mother regarding her weight issues. Isabelle is a cute chubby little girl, not the avatar her mother wants her daughter. Celia wants her daughter, to sign up for a weight loss program and transform her into a petite, slim girl. She also wants her to fix eating habits to get a slim-trim body. However, not only is Isabelle in disagreement with her mother over her weight issues, she further infuriates her mother by revealing about lesbian thoughts. This has created a friction between the mother and daughter.

The above paragraph is a major sub-plot of the series Weeds, where Isabelle is portrayed by Allie Grant, and the real-life Celia is Elizabeth Perkins. But the story seems to have not lost on the young actress Allie, who has grown up from an overweight girl next door to a toned down slim trim beauty.

Then And Now, Change of Fortune

Allie was a fat kid when she started playing the role of Isabelle in 2005. She reprised the role for five seasons, wowing the audience in her part of a weighty kid obsessed with eating. She left the show in 2009 after the fifth season.

And two years after leaving the show, she made her reappearance to the  TV sets as Lisa Shay in ABC sitcom, Suburgatory. What was terrific about Allie was, she had shed all her pounds and looked every bit a petite kid as her on-screen mother had wanted years back. The pretty faced actress looked every bit a fairy in her leaner avatar and won plenty of admirers not only because of her acting about also the disciplined regime she maintained to tone down. As a result, the actress was flooded with plenty of job openings and offers.

After Suburgatory, the Mississippi native appeared in a full feature film Struck By Lightning(2012), and also landed a guest appearance in the hit TV-series, Red Band Society, and Grey's Anatomy. Furthermore, she also bagged a role in the Oprah Winfrey Network's hit series The Goldbergs in 2015 and had reprised her role in the series ever since.

With her career hitting newer heights, the qualms about the beauty's personal life has also grown exponentially. However, the secretive actress maintains a low key life and is not active in the social media. Also, the details about the actress' boyfriend and her dating life have remained hidden from the public eyes. Similarly, her net worth also has not been disclosed.