When Did Anna Torv Get Married To Husband? Relationship Status 2018

By LRU Writer | On: April 12, 2018
If you are a fan of science fiction content, then you probably must not have missed American series Fringe, created by J.J. Abrams, Alex Kurtzman, and Roberto Orci.The series, which revolves around the investigations of unusual crimes and occurrences, features a beautiful Australian actress, Anna Torv. As the main protagonist of the series, Anna has showcased her acting abilities which are known to many. 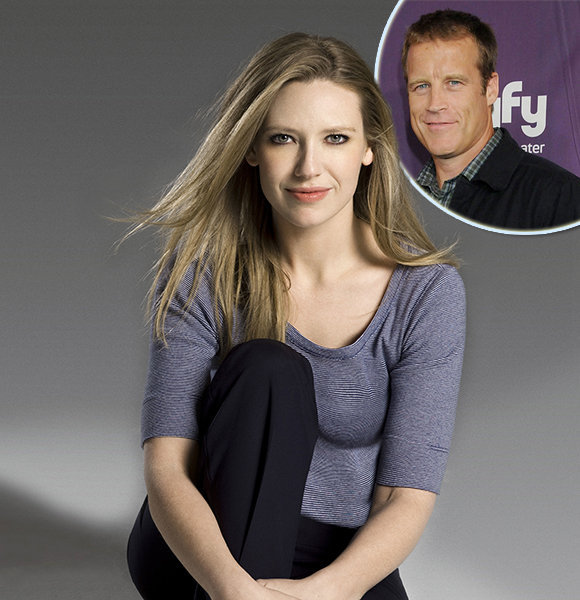 If you are a real science fiction lover, you probably did not miss the American series Fringe, which was created by J.J. Abrams, Alex Kurtzman, and Roberto Orci.

The series, which revolves around the investigations of unusual crimes and occurrences, features a beautiful Australian actress, Anna Torv. As the main protagonist of the series, Anna has showcased her acting abilities which are known to many.

But are you familiar with actress behind-the-reel life?

If not, then no need to worry, for we have brought you an in-depth look at star's personal life.

Anna Torv is known for portraying the role of an FBI agent, Olivia Dunham in the TV series, Fringe. She was a secret lover of John Scott, who was portrayed by American actor Mark Valley.

The on-screen couple later became the real-life couple after they started dating each other after they first met on the sets of Fringe. Anna and Mark attend an event together (Photo: aceshowbiz.com)

Later, they ended up being husband and wife after they got secretly married in 2008 following several months of dating. The couple tied the knot in a small, private ceremony in December of 2008.

However, both Anna and Mark's wedding news came to media a year later after Torv’s rep confirmed to the Associated Press. Before the real-life romance was revealed, Mark stated that Anna was her favorite actor on the show, Fringe. In an interview with E! News, he stated,

"I think [Anna] is just a fantastic actor and I really like working with her…She's my favorite on the show, to be honest with you."

Talking about Anna's marriage, one of the fellow Fringe co-stars, Lance Reddick expressed her opinion in an interview with PEOPLE in February 2009.

“They are, as individuals, two of the most genuine, warm and sensitive people that I have ever met. I think they’re a perfect fit, truly a match made in heaven, and I wish them all the happiness in the world.”

However, their connection did not last long as they quietly ended their marriage in 2009. The then-couple called it quits just after a year of marriage, and a year later, in 2010, their marriage was officially over after the divorce was finalized.

Since the split, Anna has not been spotted with anyone, so she remains single and seems to enjoy her life without any boyfriends as of now.

More To Know About Anna Torv

Anna was born on 7 June 1978 in Melbourne, Australia to parents Susan Torv and Hans Torv. Anna shared her childhood with a younger sibling, her brother who goes by the name Dylan.

Anna graduated from Benowa State High School in 1996 and graduated from Australia's National Institute of Dramatic Art (NIDA) with a degree in Performing Arts in 2001.

Anna's career started in 2003 with the Bell Shakespeare in John Bell's production of Hamlet. In 2004, Anna joined the cast of The Secret Life of Us, and in 2005 she recorded a series of audiobooks.

Likewise, in 2008 she appeared in the BBC series Mistresses and from 2008 to 2013, she played in the series Fringe. After Fringe, she moved on to the Netflix drama Mindthunder in March 2016.