Annes Elwy Wiki: A Bio With Everything There Is To Know About The Actress

By LRU Writer | On: February 15, 2018
Annes Elwy Wiki: A Bio With Everything There Is To Know About The Actress. If your thirst for reading your favorite celeb's life story persists, then we will not come empty handed for sure. This time, we have brought the life story of the Welsh actress, Annes Elwy, who recently grabbed the mass attention from her works in TV series 'Little Women.' 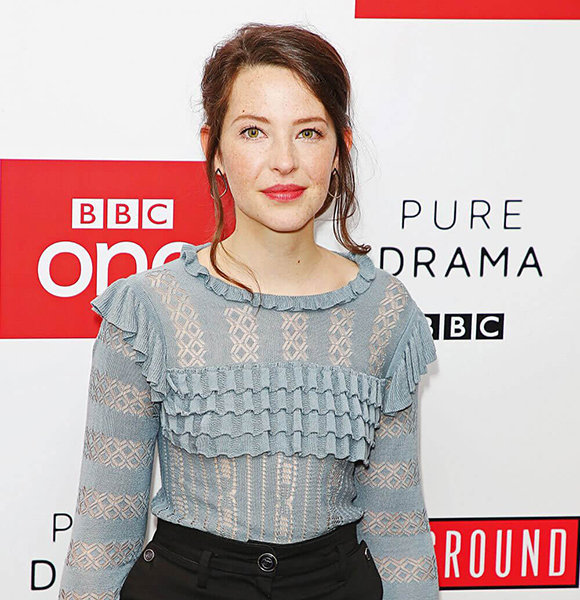 If your thirst for reading your favorite celeb's life story persists, then we will not come empty handed for sure. This time, we have brought the life story of the Welsh actress Annes Elwy, who recently grabbed the mass attention from her work in the historical drama series 'Little Women.'

Well, we have decorated her personal life to career all in one so that you don't have to go anywhere to find all the details of your favorite actress.

Belonging to the Welsh nationality, Annes Elwy was born and raised in South Wales with her sister. Although much of the details about her family are still under the wraps, Annes has frequently shared the images of her parents and grandparents.

Back on 2nd February 2014, Annes Elwy gave a glimpse of her family even before she was born through Instagram.

Subsequently, Annes shared a picture of her grandmother in her youth, showing her love for her Nain.

Well, now we know where she gets her good looks from!

Social media, especially Instagram, comes to rescue to reveal details of Annes. Though her age is not disclosed by the actress, on 26 September 2017, Annes marked her 26th birthday with an Instagram image.

As for her career, Annes had an early knack for acting at a young age. She revealed that she used to put shows for her parents as a kid on one of her interviews.

But a major twist for Annes came with the change of her drama teacher. Annes, who stands at the height of 5’6” (1.68 m), used to dread her drama lessons in high school, but she "got the best teacher in the world" with the change in the teacher.

Since then, Annes developed a keen desire to act. And during her A-levels, when Annes's drama clashed with her chemistry, she decided to go for a career in acting.

Later, in 2015, Annes made her debut with the film 'The Passing,' which followed a series of works like 'King Arthur: Excalibur Rising' and 'Philip K. Dick’s Electric Dreams.'

However, Annes’s career breakthrough came from the TV series 'Little Women' in 2017 as her role of Beth was much loved by the audience. And for 2018, Annes is geared for a thriller movie, 'Apostle.'

Just a few movies and TV series old, Annes Elwy is on the run to paint her career with her significant success and fame. But, as far as dating is concerned, Annes Elwy seems not to be as geared up as her career.

The Welsh actress Annes has not brought anyone forward as her boyfriend and remains clean of dating rumors. Until the actress herself comes with her dating information, the fans might have to gear their wait-and-watch suit.

Keep visiting for the emerging updates on Annes Elwy!