By LRU Writer | On: July 15, 2018
British professional boxer Anthony Joshua, who won super-heavyweight gold in the 2012 Olympics, holds three of the four major world championships in the sport: the IBF title since 2016. Apart from his career as a boxer, he was previously involved with his sweetheart since school. He even shares a baby with her but as the time passed their relationship turned sour and parted ways. 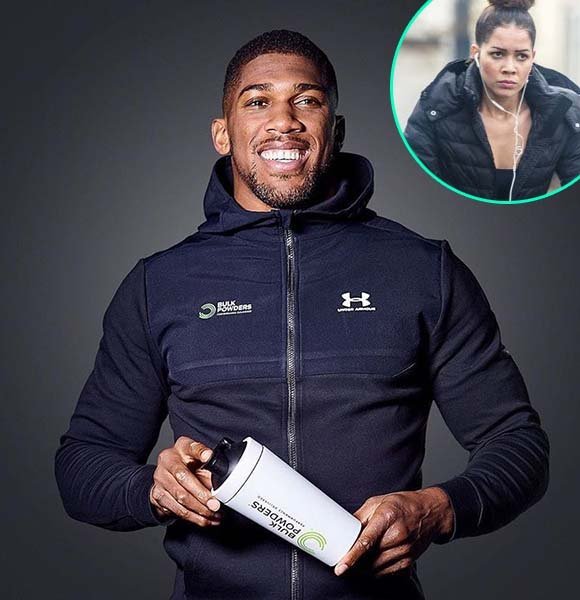 British professional boxer Anthony Joshua, who won super-heavyweight gold in the 2012 Olympics, holds three of the four major world championships in the sport: the IBF title since 2016.

Apart from his career as a boxer, he was previously involved with his sweetheart since school. He even shares a baby with her but as the time passed their relationship turned sour and parted ways.

Keeping his relationship with his longtime on-and-off girlfriend aside, his name has been tagged along with few other women. Well, seems like his preferences in women.

Anthony Joshua, who began boxing at the age of 18, was previously involved with his ex-girlfriend from school. He was romantically seeing Nicole Osborne, who is a pole dancing teacher.

Anthony met Nicole when they both were in school. Since then, Nicole has been his on and off girlfriend. The pair was putting efforts into their relationship and were blessed with a baby.

Nicole gave birth to her firstborn son Joseph Bayley Temiloluwa Prince Joshua back in 2015. During that time, the proud parents remained silent regarding the addition of their new family member.

He only opened up with the media about his son six months after his born. Well, when they were beginning to start new chapters in their life, their relationship started turning sour.

Anthony and Nicole parted ways in 2016. As of now, they both share a joint responsibility to their baby. It has also been reported that Anthony bought a £500,000 flat in Finchley, North London for his ex-girlfriend and first born baby boy.

Cherishing the parenthood and being a father to his baby, Anthony also makes time to spend with his son. He was previously spotted enjoying vacation time with his bundle of joy at the beach in Dubai. Anthony Joshua with son Joseph enjoying a vacation at the beach in Dubai in January 2018. (Photo: thesun.co.uk)

Apart from his romance since school, Anthony has his name tagged along with few other women. Previously he was linked to model Cara Delevingne. Anthony and Cara met in at a basketball event at London's O2 in 2014.

It was rumored that the pair exchanged flirty messages after 'hitting it off.' Some sources have even reported that they swapped number, but due to their busy schedules, their relationship did not hit it off.

After a few months in the same year, Anthony was spotted getting along famously with Rita Ora. It has been reported that they reached to the point of flirting at a party which was hosted by GQ, which is a men's magazine.

Later in 2016, Chantelle Connelly claimed that Anthony asked for her number which gave rise to their romance rumor. The rumors were cleared off when his representative denied the claim.

In the same year, he was also linked with Bella Hadid whom he met at GQ Men of the Year Awards in 2016. Adding to it, he was previously accused of being romantically involved with Faryal Makhdoom by her husband, Amir Khan. However, Anthony denied the claim.

Getting Settled Any Time Sooner?

As far as it is known, despite having his name linked with other women, Anthony has not been in a serious relationship after his relationship with Nicole.

Well, seems like he is currently single as he has been spotted with any other lady. Anthony when asked regarding getting married, previously replied that it could be a decade before he settles down with a wife.

He made clear that he is much involved with training has does not have time for girlfriends. He even opened up his ideal women, who would be the person who is willing to wait for him throughout his career.

Back in September 2017, Anthony opened up with the Standard expressing,

“My time training means there is not much time for girlfriends. If people can ride with me for the next 10 to 12 years I would really appreciate it, but if they can’t foresee the future I’d rather they jump off the boat because I can’t stop for no one right now.”

Well, he sure seems much occupied with his career and is not looking for anyone to settle down at the current moment.