Antonio Cromartie Is Done With Children! Just A Kid More With Wife Is "Kill"

By LRU Writer | On: May 13, 2018
Antonio Cromartie, who has a record of the longest touchdown in the NFL history, has a long line of children off the field as well. The former NFL cornerback is the father of 14 kids with eight different women and has more children than career touchdowns. 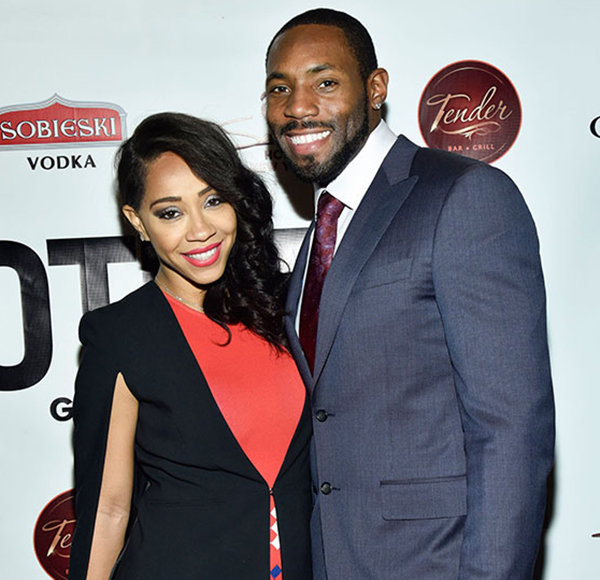 Antonio Cromartie, who has a record of the longest touchdown in the NFL history, has a long line of children off the field as well. The former NFL cornerback is the father of 14 kids with eight different women and has more children than career touchdowns.

The star of the reality show, The Cromarties, retired formally from football in 2017. And retirement from the football field was not the only big decision the former San-Diego Chargers cornerback made as he revealed that he also has had his share of children and would not be becoming father anymore.

The San-Diego Chargers' NFL draft, Antonio Cromartie got married to Terricka Cromartie in 2008 and became a dad to two kids, a daughter Jurzie Blue in 2010 and a son Jagger Beau-Antonio in 2012.

Moreover, His wife, Terricka gave birth to twins; a son Jynx Revell-Antonio and daughter J'adore Nayvi on 9 May 2016.

Well, the report should be nothing new for the former footballer but the pregnancy had a twist. Antonio Cromartie with kids after an NFL match in 2013 (Photo: Dailymail.co.uk)

The player for Arizona Cardinals and NewYork Jets previously underwent a vasectomy operation in 2013 and had his Vas-difference snipped. The news that the footballer had become a father after a vasectomy operation came as a surprise not only to the outer world but to his wife Terricka as well.

The wife of the fertile footballer expressed her disbelief even after the birth of not only with one but two babies despite her husband's vasectomy. Talking to  Dailymail in May 2016, she quoted,

"I thought I was dreaming, even after, I was just in total disbelief."

When Terricka's pregnant news first reached to the Tallahassee native ears, he also responded in disbelief and asked her if she was serious. However, he later took the story in his stride and accepted that the kids were the gift of god to him.

But, things kept getting better and better!

Back on 30 August 2017, the couple announced that they have become parents again to another kid; a daughter Jhett Paxton, the fifth child from the union of Antonio and Terricka, and third after the Vasectomy.

Speaking to For The Win magazine on November 2017, the retired footballer explained that he was a part of just 1% population, whose Vasectomy goes wrong. He further added that the kids were the gift of gods and he was happy welcoming them. He affirmed:

"It’s a blessing from God. I’m part of that 1 percent that it happens to. That’s just the story of it. We figured everything was a gift from God and we’re rolling with it.”

However, in the same interview, he also cleared the couple had enough numbers of kids and was done with them.

Another Child Would Kill The Cromarties

Speaking to US Magazine after the arrival of her latest daughter on September 2017, Antonio's wife Terricka described that her most recent pregnancy had been the best of all her six previous pregnancies, five with Antonio and one from her earlier relationship. She said at the time:

“Half the time I didn’t even feel that I was pregnant. I had the most amazing delivery. I felt amazing having my sixth child!”

However, when asked if the couple were planning to have their fifteenth child, Terricka promptly answered that they were 100% done with having kids and even claimed that if they were to have another kid, both the couple would be killed.

“We are 100 percent done! Absolutely, positively done with having kids. We’ve been blessed with these guys, but adding to it, I think, would kill us both!”

She further added that the couple was planning to a new reality show, The Cromarties, which would feature the various aspects of parenting and the difficulties the couple faced bringing up 14 babies.

Terricka added that the show would showcase the efforts Antonio placed in being a good father to his kids, and his determination to give them the best parenting. Previously Antonio was criticised for his fatherhood in 2010 because he could not name all of his kids at that time. However, Terricka doused the flames that Antonio was a bad father and also described the hands-on approach he applied in raising the giant family.