Ashlyn Pearce Bio: From Parents To Best Boyfriend - Head Over Heels In Love

By LRU Writer | On: April 29, 2018
If the talk is about love, American Actress Ashlyn Pearce seems to be a lucky girl. For her tale has all; a loving partner and a cute love story. Ashlyn has started to reign public's attention after portraying Alexandria Forrester in the series The Bold And The Beautiful but now, it's her charming love story that hooked the followers more. 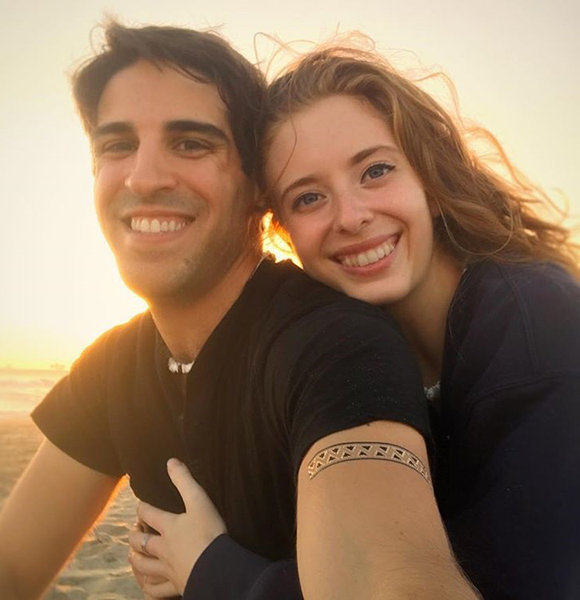 If the talk is about love, American Actress Ashlyn Pearce seems to be a lucky girl.

For her tale has all; a loving partner and a cute love story. Ashlyn has started to reign public's attention after portraying Alexandria Forrester in the series The Bold And The Beautiful but now, it's her charming love story that hooked the followers more.

So why don't you dive for a look at the ravishing beauty's love life along with her bio-related information!

News to all the fans dreaming about Ashlyn Pearce!

Ashlyn is not single as she has already found her Mr. Perfect and shares a blissful relation with him. And above all, Ashlyn’s dating partner is from Hollywood, who is a camera operator and flaunts numerous credits in Hollywood movies and series already.

The 5150 star started dating Michael Solomon in early 2015 and has been inseparable since then. The couple is clicked continuously together in romantic instances and never fail to address their love to each other. Be it in Japan, researching about anime or spending a casual Sunday in Disney park rides, Ashlyn is always together with her boyfriend.

The leggy beauty, who stands at the height of 1.67 meters (5 feet 6 inches), labels her beau as Prince Eric, due to his similar hairstyle to Disney prince Eric. The anime fanatic, Ashlyn also involves her boyfriend in various anime events and dresses him in various avatars.

On the occasion of 2018's Valentine ’s Day, Ashlyn labeled her boyfriend as the best boyfriend by sharing an Instagram image in February 2018. She added that he was the one for her because only he could bear the tantrums she throws out. Ashylyn's boyfriend also affirmed that he shares the same mutual feeling by replying in the post.

Well, Ashlyn's boyfriend is no short of sweet gestures.

In March 2016, Michael celebrated his girlfriend's nomination in the EMMY's by gifting her a lovely bouquet and a love letter. Michael also surprised Ashlyn on 2017's Christmas by surprising her. As per Instagram image in December 2017, he assembled a gorgeous Christmas tree with loads of gifts.

The young age actress, born on 8 July 2018, has a lovely mother, Lisa.  She is very close to her mother; regularly features her on social media and explains her mother's support as the most significant support in the world. On 28 December 2017, she posted a picture of her mother and her sister quoting as 'great family.'

However, her almost perfect family also shares a tragedy!

Ashlyn lost her father five years ago, which she took to her social media also. On her father’s death anniversary, she posted an Instagram image of her father on 21 April 2018 and reminisced the happy times she shared. The teenage actress, who shares a good bond with her sister, was also into writing during their early years. Both, the sisters wrote and performed their plays in childhood days, which was the start of acting for Ashlyn.

Surely, the child has taken her acting from plays to the silver screen. But there's still more to go for the aspiring actress; like said the sky is the limit!

American Actress The Bold And The Beautiful 5150 Michael Solomon