Bae Doona Didn't Get Married to Her British Boyfriend! Here's the Answer

By LRU Writer | On: January 07, 2018
Bae Doona Didn't Get Married to Her British Boyfriend! Here's the Answer Bae Doona, a Korean actress, who once was in a relationship with her British boyfriend, James Anthony Sturgess also didn't make it to the nuptials. What might be the reason behind Bae Doona not getting married? Weren't the former boyfriend-girlfriend duo on the same page regarding the thought of getting married, or, is there another side to the story? 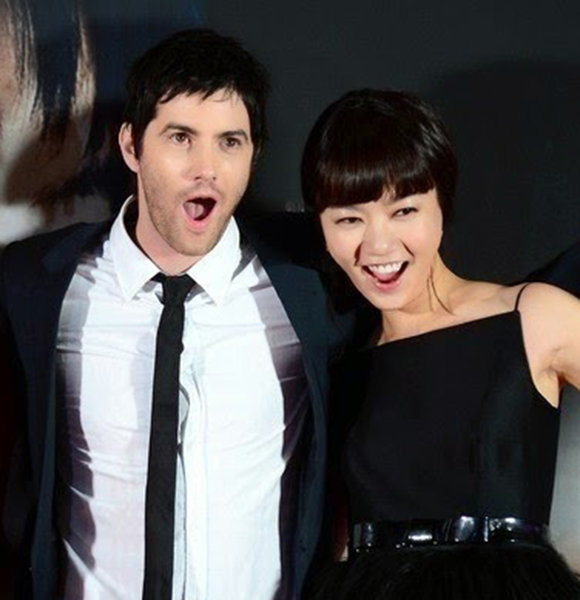 Getting married requires more than just being in a relationship and loving one another. The decision of getting married and living by the vows that get exchanged in the meantime is what makes people think twice before jumping to the conclusion.

Bae Doona, a Korean actress, who once was in a relationship with her British boyfriend, James Anthony Sturgess also didn't make it to the nuptials.

What might be the reason behind Bae Doona not getting married? Weren't the former boyfriend-girlfriend duo on the same page regarding the thought of getting married, or, is there another side to the story?

Let us explore to find out the answer.

The media world got buzzed when Bae Doona and Jim Sturgess officially started dating back in 2014. Though the couple reportedly met and began dating while the filming of the movie 'Cloud Atlas' in 2012, the confirmation only came after two years. Caption: Bae Doona and her then-boyfriend, Jim Sturgess complimented each other while dating.

Their international romance was talked about a lot, and even their fans adored Bae's and her former boyfriend's union to every possible bit. However, despite possibly dating for three years, their love story didn't make it to a happy ending.

Just after a year of officially confirming on dating one another, Bae's agency came up with sad news about the couple going separate ways. The agency stated,

Also, the reason behind them putting an end to their love life was kept anonymous. However, later, Bae Doona's then-boyfriend mentioned that his profession makes it hard for him to stay in a relationship. He said,

"Bouncing between continents makes it hard to maintain a relationship."

No matter what the reason was, the news of them parting ways indeed broke the heart of many of their fans. But, that was their decision, and we should respect it no matter what.

Furthermore, after the split, neither of them are dating anyone as of now.

Bae, who initially started her career as a model before becoming an actress was born on October 11, 1979, in Seoul, South Korea. Following the path of her mother, Kim Hwa-young, a stage actress in Korea, Bae tried her hands in acting, and by now, she is very successful at what she does.

Belonging to an Asian Ethnicity, Bae is a complete package in terms of the looks, the skill set that she possesses along with enthusiasm for her craft. Not just is she famous in Korea but her English language Hollywood debut in 'Cloud Atlas,' had contributed to her fame as well.

Additionally, Bae provided an insight on how to be successful and her main mantra is to be confident. While advising on how to audition for a Hollywood role to the cast of 'Infinity Challenge,' Bae expressed,

"You shouldn't give up just based on looks, and being able to speak English is important. However, being confident is also important. For one instance, I played a role of a middle-aged Mexican woman but I obviously didn't know any Spanish at the time when I auditioned so I just auditioned in Korean. I told them that if they gave me the role, I'll memorize the Spanish script no matter the circumstance. I also tried to appeal to them with my confidence by letting them know I even played a role where I had to play table tennis with my left hand. It's important to make them think, 'I want to have the chance to work with that person."

Confidence is always the key!