Ben Rappaport is Getting Married to His Girlfriend After Ten Years of Dating, But When Does He Plans to Do So?

By LRU Writer | On: September 18, 2017
Ben Rappaport is Getting Married to His Girlfriend After Ten Years of Dating, But When Does He Plans to Do So? You ever looked at a girl and pledged that you were going to marry her?Well, that may not be the case for many guys out there because it is a tough call. However, Ben Rappaport is an exception here and a lucky exception to be exact. The man who has been dating his girlfriend for ten years now is set to get married. 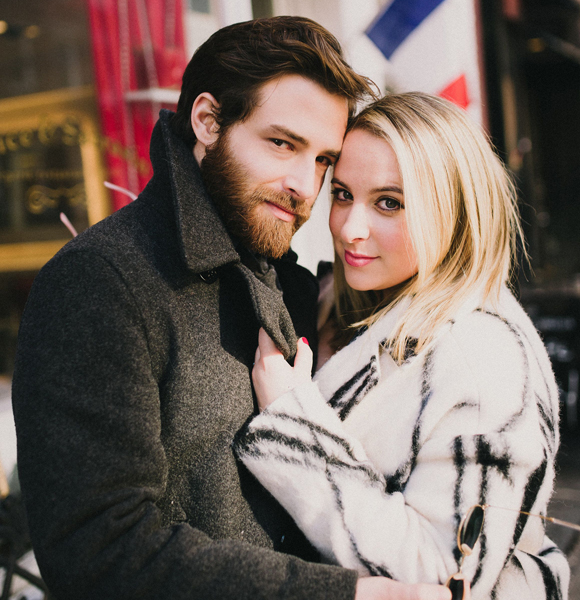 You ever looked at a girl and pledged that you were going to marry her?

Well, that may not be the case for many guys out there, because it is a tough call. However, Ben Rappaport is an exception here and a lucky exception to be exact. The man, who has been dating his girlfriend for ten years now, is set to get married. (Yes, he’s not gay)

That’s right, the actor, a year after showing some action by getting down on one knee making his girl go weak on both knees upfront, got engaged and is well on his way to get married, and the day is nearing!

Ben has been dating his girlfriend Megan Kane for ten years now, as the couple recently celebrated their ten years of relationship as boyfriend and girlfriend on August 2. Megan’s every line explicitly expressed how blessed she was to have Ben’s support.

After long dating, on January 2016, Ben decided to pop the question and asked Megan to become his wife. (We’ll get to how he planned all this in a sec.) Well, she said yes – Immediately.

Here’s a video where Ben proposed Megan, a proposal Megan did not see coming on the stage of the Broadway Theatre.

Well, now the dating affair has turned into an engaged one, and the couple has also fixed the dates. Ben and Megan are scheduled to get married on September 29, 2017, in a wedding ceremony that will take place at the Wequassett Resort and Golf Club, Harwich.

From Dating to Getting Married!

The dating affair of Megan and Ben goes as far as to 2007, the year when the spark came into their life. Not sure if to call their initial meet a coincident or charm of fate but in 2007, the neighboring college students separately decided to get some sandwich from Potbelly's in the Woodlands, Texas. Their mothers accompanied both of them, and it was while in the line when Ben saw Megan and said to his mom,

While Megan, freaked out by Ben’s gaze, said to her mom,

'Mom, help, there's a creepy kid with a spikey Jew-fro staring at me.'

The exchanged Facebook messages and had their first date at the Macaroni Grill, where they went Dutch. Ben had to get back to NYC, and Megan had to head to St. Louis, which kind of separated the newly budding couple. However, Ben’s determination on marrying Megan jumped in.

Maybe, Megan is just lucky for him, as the engagement is also a stroke of fate. In 2015, while on lunch with a friend, Ben uttered the words,

'If I book 'Fiddler On The Roof,' I'm going to propose to Megan onstage.'

The role was his, and that was the sign that he should start planning the big day that would change their worlds, turn it into something even more beautiful. Ben went to Megan’s father, asked him for his blessings and kept it a secret from Megan.

January 3rd was the day when Ben did finish ‘Fiddler on the Roof’ show, and with some help from his stage manager, the planning began to take action.

Their real family was called upon the backstage with Ben and Megan in the center. All the time, Megan did not have the faintest idea of what was going on.

“I had the ring in my back pocket—burning a hole through it—and we’re all greeting [each other], and Bess goes, ‘Ben, I need you to come out center stage with me for a second; I need to show you something.’ I say sure…And she goes, ‘Okay, it’s all yours!’ … I brought Megan out to center stage. She had no idea what was happening. She thought she was getting in trouble. She thought that Bess was upset that we had too many people backstage. … Then, I started talking, and my breath started getting shorter, and she knew immediately what was happening.”

The rest is history!

The couple is definitely counting down the remaining days to get married in front of family and friends and take the new step into a new life as a married couple.

Stay with us for further updates on Ben Rappaport and Megan Kane!