By LRU Writer | On: April 18, 2017
They say if you are funny, you are bound to get respected and loved by many. The same can be said about Big Jay Oakerson as he is a well established and successful comedian. Not many people are there who do not know him and people absolutely love his comic acts. 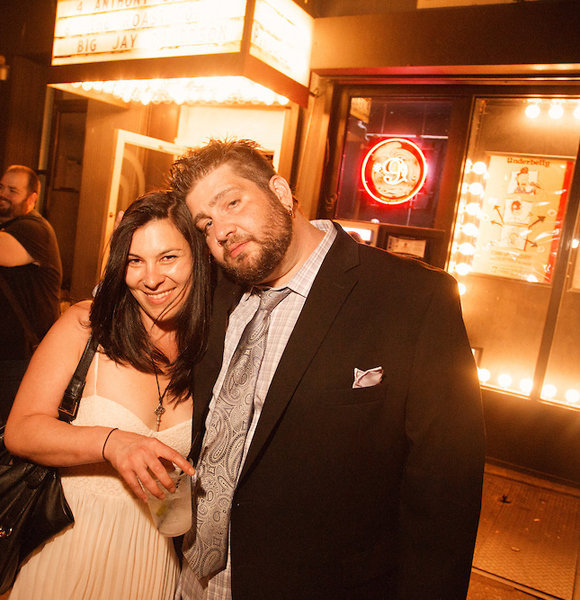 They say if you are funny, you are bound to get respected and loved by many. The same can be said about Big Jay Oakerson as he is a well-established and successful comedian. Not many people are there who do not know him and people absolutely love his comic acts.

However, not many people are known or introduced to this comedian's personal life and if you are unaware of the fact that he has a daughter and has a girlfriend, you have come to the right place as today we try to shed as much light as we can on the personal life of this comedian.

Oakerson, His Daughter, and Girlfriend:

The personal life of this big and talented comedian has always been a mystery to his fans and the general media. But he has often revealed what his relationship with his daughter and his girlfriend is like.

Firstly, let us talk about his daughter. He has a daughter named Izabella who he shares custody of with his ex-wife  Carla who he was once married to before getting divorced.

But we do know that Oakerson just loves his daughter more than anything else in this world. Furthermore, he cares for her well-being a lot.

Moreover, we might have heard that a child walks in his/her parents' footsteps and the same can be said about Oakerson's daughter as she too has now indulged into the stand-up comedy field.

Good to know that he is doing everything he can to give his daughter a proper upbringing.

Now let us shift our focus to his girlfriend who has been the backbone of Oakerson for a long time.

In an interview back in 2016, he revealed that he and his girlfriend, Christine Evans, who is a producer, had the concept of doing crowd work shows. But he has preferred to be less vocal about their relationship.

The first one we ever did, actually, was at the Montreal comedy festival in 2012. I had the concept and my girlfriend, Christine Evans, who's one of the executive producers on the actual web series we did

Christine has sometimes posted pictures of them together and the two look absolutely adorable being with one another.

Well, not much have been revealed about his girlfriend and his daughter by the mercurial comedian but we hope to hear more from him about his personal life and his relationships in the days to come.

We all know that Oakerson does not reveal much about his love life and personal relationships because maybe, he wants people to know and recognize him professionally. He has been able to make quite the name for himself with his stand-up comics and making people cry of laughter.

Also, if you are a fan of him and enjoy a good laugh, well, you have some good news. He is currently on tour and has some shows lined up so you might want to catch him in a location near you.

He is a heavyweight in the comedy circuit but as of late, he has undergone some weight loss and although he has not lost a significant amount of weight, people often joke on him and call him "Medium Jay Oakerson". Where is the BIG gone? Bad joke right?

Regardless of his weight, he has been sitting on a great height in his career.