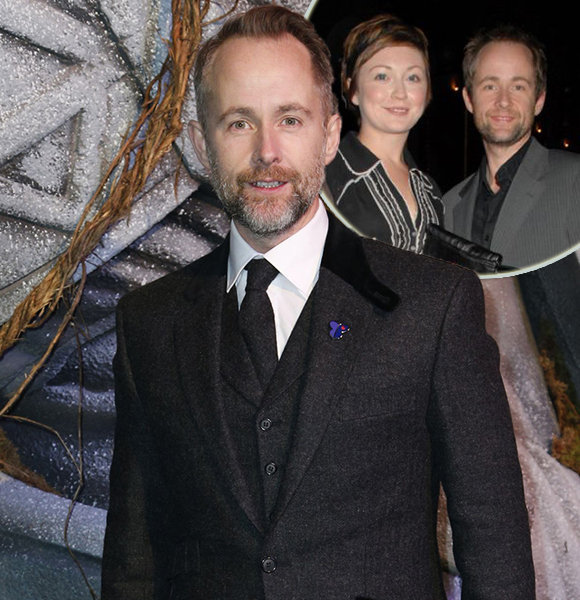 A beautiful marriage is a dinner that begins with a dessert! Similarly, the Scottish actor, Billy Boyd is also enjoying his beautiful married life with his longtime girlfriend turned wife, Ali McKinnon.

And if you are curious to know more about their blissful married life, then you have come to the right place. Dig in the section below to end your curiosity!

Better known as Pippin the hobbit in the movie 'Lord of the Rings,' Billy tied the knot with a ballet dancer and yoga instructor Ali Mckinnon in December 2010. Billy kept the wedding very small and intimate where thirty guests attended the actual service, and further one hundred thirty guests enjoyed the reception.

Billy exchanged vows with Ali at the church Oran Mor just around the corner from their house, where the Lost stars Elijah Wood and Dominic Monaghan also attended the ceremony.

Ali, who is the mother of Billy's 11-year-old son Jack William Boyd, first met Billy back in 2002 when the couple worked on a pantomime together. Jack also attended the wedding wearing a matching suit to his father, Billy. Billy, Ali with Jack on their wedding day

Billy's wife Ali gave birth to their first child together on 26 April 2006 which probably made their family complete. Likewise, on 2017's Christmas Eve, Billy took it to Instagram where he shared a picture with his son Jack. Well, the Boyd family indeed seems to be cherishing their time together.

However, despite having a blissful married life, Billy was also rumored to be a gay once. In an interview with TV guide, the Lost star Dominic shared that gay rumors were flying around him and Billy probably because they had strong chemistry between them as co-stars and as friends. However, with Billy's lovely married life, it is for sure that Billy is not a gay.

Billy was born on 28 August 1968 in Glasgow, Scotland, United Kingdom, to parents William and Mary Boyd. However, both his parents died a year apart when Billy was in his early teens.

Billy graduated from the Royal Scottish Academy of Music and Drama and then went on to perform with the St Andrews Repertory and the Traverse Theatre. Likewise, he worked as a bookbinder for six years before initiating his acting career.

He debuted through the television series 'Taggart,' in 1996, and continued to act ever since. Amidst his long list of acting credits, Billy's most notable role is of Peregrin 'Pippin' Took in the movie 'The Lord of the Rings trilogy' from 2001 to 2003.

Besides acting Billy also fronts a band called Beecake. Likewise, Billy also made a guest appearance on 'Viggo Mortensen's' 2003 album 'pandemoniumfromamerica' where he played the bass and drum as well.

In 2014, Billy wrote and performed the song 'The Last Goodbye' which was released on 12 December 2014. With his successful career, Billy has been able to accumulate a net worth of $6 million.