Bobby Berk & His Married Life; Does He Have Children With Husband?

By LRU Writer | On: January 16, 2020
Bobby Berk is an interior designer...stars in Netflix’s popular series, Queer Eye...book named Queer Eye: Love Yourself, Love Your Life...married to a maxillofacial surgeon...relationship for 16 years...life with husband...created his website bobbyberkhome.com...stands at the height of 6 feet (1.83 meters)...at the age of...having kids was...that he was gay... 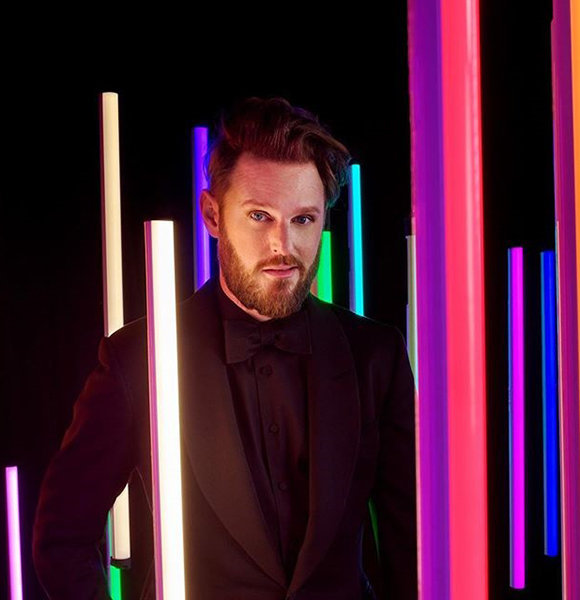 Bobby Berk is an interior designer best known for his work in Netflix’s popular series, Queer Eye. He also has an eponymous business that sells everything from furniture, home decor, and lighting to techs and gifts.

The celebrity interior designer has also written a book named after the popular show he’s part of, Queer Eye: Love Yourself, Love Your Life. It was published in November of 2018.

Bobby is married to Dewey Do, a maxillofacial surgeon. The gay couple got married somewhere around 2012 by a close friend of theirs who was ordained.

The designer expert took to Twitter on 10 May 2019 to appreciate Dewey and mark their 15 years anniversary. Bobby Berk with husband Dewey Do in May of 2019 (Photo: Bobby Berk's Twitter)

From the Queer Eye cast’s posts on Instagram, it is clearly evident that the married duo loves traveling. Bobby has shared pictures with his husband in places like Costa Rica, Lake Powell, Grand Canyon, and Bear Mountain, among many other destinations.

Prior to their marriage, they had already been dating for eight years. Despite being in a relationship for 16 years, Dewey is the complete opposite of Bobby, who likes to let people know about his life. The designer’s husband is very private about his life, and the only details known about him are through Bobby himself.

When he isn’t working or traveling, Bobby likes to stay at home and spend time with his significant other. As of January 2020, they live in Los Angeles.

Raised in a tight-knit religious community, Bobby had a tough time growing up. His family couldn’t stand him being gay and didn't accept him. At the age of 15, he couldn’t stand it anymore and left his home. Eventually, he dropped out of school and moved to Denver two years later.

He worked at retail and restaurants to make ends meet. He didn’t have the money and time to go into a designer career.

After three years of living like that, he finally decided to take a leap of faith. He moved to New York and settled in Manhattan. There, he worked in many places like Restoration Hardware, Bed, Bad & Beyond, and Portico among a few others.

In 2006, he created his website, bobbyberkhome.com, where he sold furniture and home decors. The site did really well, and Bobby even opened a store the next year. Over the course of the next ten years, he expanded his business immensely.

Now, on top of being a very reputable interior designer, he has his own furniture line and also designs wallpapers.