By LRU Writer | On: May 12, 2017
Brandon Mychal Smith Hiding His Dating Affair? Talks About Romantic Night With Girlfriend If you in Brandon Mychal Smith, what is the first thing that you want to known about him? Is it his love life? If you are willing to know about his dating affair and romantic night with a girlfriend, then you are at the right place. 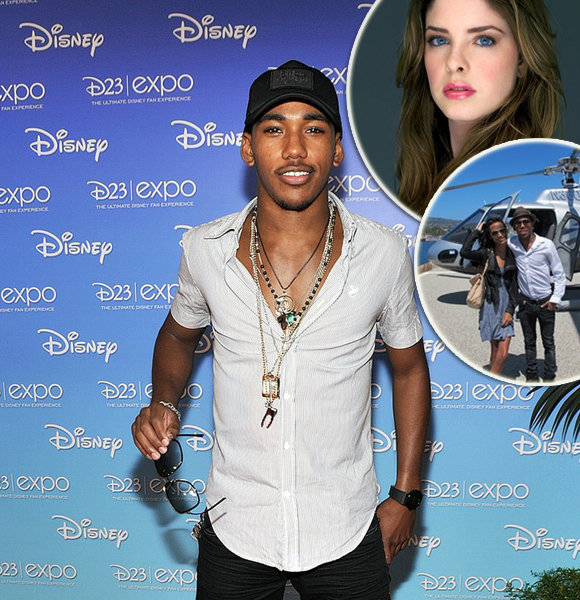 A television personality is always living two different lives; a personal life as well as a professional life. Isn’t it interesting to know the personal life of the celebrity you admire?

If you in Brandon Mychal Smith, what is the first thing that you want to known about him? Is it his love life? If you are willing to know about his dating affair and romantic night with a girlfriend, then you are at the right place.

No doubt, the twenty-seven-years old handsome hunk Brandon Mychal Smith has won million of hearts by depicting the character of Harris in Sweet/Vicious, but his heart has already been conquered.

Since 2009, he has been taking social media to give hints about his love live. On August 2009, he replied to a tweet stating that he has no girlfriend, that gave birth to many gay rumors.

Later in October 2011, Smith revealed his dating by introducing his girlfriend via Twitter. In the picture, Smith can be seen kissing his lover. In June 2012, Smith talked about his relationship in an interview with J-14.com. In the interview, he was asked about the most romantic thing that he has ever done. Smith replied-

“It was on Valentine's Day last year with my beautiful girlfriend. I laid roses from the road all the way up to the dinner area, and I made dinner and really put my heart into it. I even spelled out her name in rose petals!”

A year later in November, he posted another tweet related to his love life, where he wrote,

Likewise, on December 1, 2016, Smith shared an image with the model Jasmine Tookes on his Instagram. In the caption, he revealed how much he loves her and how thankful he is to have her in his life. He wrote-

“Words can't describe how proud I am of you @jastookes ! You gave me unquestionably 4 of the best years of my life filled with love ???? care and inspiration . Your family will be my family forever @carythestylist I love you always and forever and Thank You for making a true angel ???? I'll always love you @jastookes you deserve to make history today in Paris ! Go strut your sexy stuff you were always an angel in my eyes .. Perfect choice”

In the same day, he shared another image of them with the same caption.

Jasmine might be the lady with whom Smith was in love since 2011 as his post hints the bond they share. Now, it seems that Smith and Jasmine have already separated. When we go through Jasmine’s Instagram post, we find her involved in a romantic relationship with her new boyfriend.

These days, Smith hasn’t talked about his love life and relationship in any interviews. Is he hiding his affair or is he single?

Well, it seems we'll have to wait a little longer to get hold of that!

Twenty-seven years old actor Brandon Mychal Smith has been active in the film industry since 2002, and by this time, he has many acting credits. He recently appeared in Dirty Grandpa (2016), Sweet/Vicious (2016), and The Most Hated Woman in America (2017).

Smith not only has gained popularity from his career but also has been receiving incredible earnings. However, Brandon is yet to reveal the exact figures of his net worth.

Stay with us for the latest updates on Brandon Mychal Smith!