Brendan Coyle Married? The Status Of His Search For Wife

By LRU Writer | On: February 22, 2018
Brendan Coyle Married? The Status Of His Search For Wife The English television actor Brendan Coyle is famous for his role of Lord Grantham's valet Mr.Bates in the television series Downton Abbey. With his performances and persona, he has been to gather a lot of fan following. 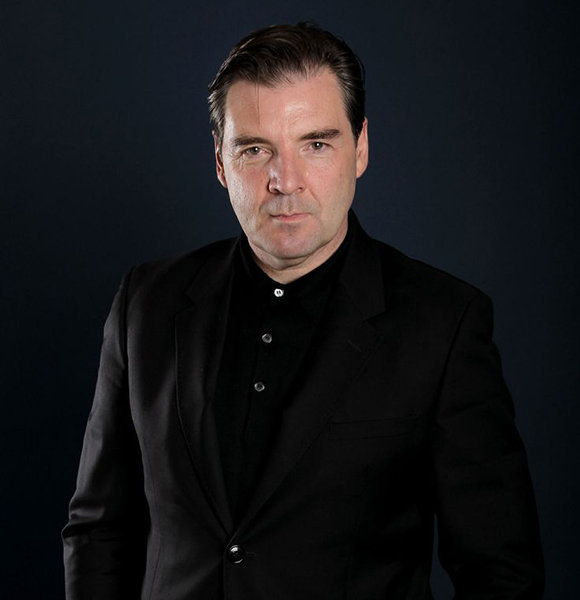 The English television actor Brendan Coyle is famous for his role of Lord Grantham's valet Mr. Bates in the television series Downton Abbey and has garnered a lot of fan following with his outstanding performances.

We believe you're one of the fans wondering about his life behind the camera, so tag along as we dig into the life of Brendan to know him on a personal level!

Let us be clear; the 54-year-old actor Brendan Coyle, who usually prefers privacy in his life, is not tied in wedlock yet. The handsome Brendan is still single as he is not married and not even in any dating relationship.

However, through some of the interviews, Brenden hints that he wants to get married and is in search of his right partner.

During the interview with The Telegraph back in 2012, Brendan spilled the beans on his relationship status and also his intention to get married. He gushed,

"I'm going to be 50 soon. I'm single, I'm looking for something meaningful. By the time you've been single for quite a long time, you can get quite specific about what you can and can't put up with."

The same year, Brendan was romantically linked with the beautiful blonde Joy Harrison. Brendan was spotted with the lady during the Knicks basketball team play at Madison Square Garden in NewYork, and both of them looked very cozy and comfortable together. Brendan Coyle cozily sits with Joy Harrison at a basketball game in New York in 2012 (dailymail.com)

Moreover, Joy had even spent her birthday weekend with Coyle at his house in Norfolk earlier in April 2010. The pair also attended the BAFTA's and the Pride of Britain awards that year.

Though Joy didn't walk on the carpet with Brendan, she accompanied him during all the program. But the dating rumors eventually faded away when the agents for Brendan clarified on his relationship with Joy saying that they were just best friends.

Further, Brendan has experience rough patch in love via series of relationships. While in the interview with the Daily Mail in September 2011 Brendan admitted that he has been in series of affairs and is finally ready to have a new start.

‘The right person, time and place just hasn’t happened – yet,’ he says. It’s something I want. Through my 30s into my 40s, I’ve gone from one long-term relationship to another, so I’ve spent the last few years taking stock. I don’t know if it’s a good or bad thing, but only now am I truly ready for a relationship.’

'There were relationships, but starting a family, getting married, that never happened.'

Additionally, he revealed his thoughts on love and said that he would love to have children in his life.

‘It’s (love) not something that’s at the forefront of my mind, but I think I’d regret it if I didn’t have children. So, yes, that’s something I really, really want. It’s a desire.’

Well, it seems like Brendan is still on his search for a perfect wife to add to his family, which includes his mother Delia Coyle and brother Shaun Coyle, who runs a butcher shop. Brendan's father Patrick Coyle, who was an Irish butcher, passed away when Brendan was just 17 years old.

Brendan learned the family trade at a very young age and even worked on meat factory, but when he found out his passion for acting, he joined the Mountview Academy of Theatre Arts in the United Kingdom. Soon after that, he got his hands on numerous projects in both stage and screen, garnering the fame he enjoys today.

Keep visiting for further updates on the life of Brendan Coyle!