Bryan Lanning, 27, Holds On To Married Life with Wife - Despite Ups and Downs!

By LRU Writer | On: January 12, 2018
Bryan Lanning, 27, Holds On To Married Life with Wife - Despite Ups and Downs! Bryan Lanning, an aspiring YouTuber, who post songs in his main channel, while being involved in the content making for 'Daily Bumps' is also about embracing the challenging route, as he holds onto his marriage despite experiencing the peaks and valleys in his married life. 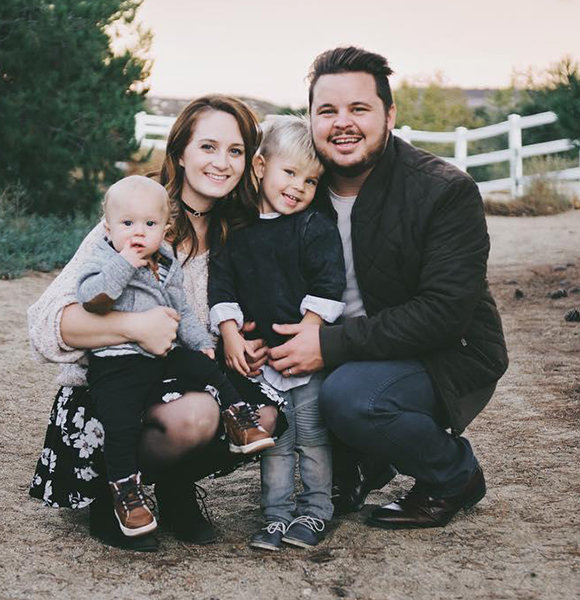 It's elementary to give up, but usually, the demanding routes are what leads to the quintessential destination that would be worthy enough the struggle you face.

Similar is the case with love and lovers. Giving up on the one you love amid the differences might seem the appropriate move, but appreciating the divergence while holding on firmly to the significant other might be the key to a successful relationship.

Bryan Lanning, an aspiring YouTuber, who post songs in his main channel, while being involved in the content making for 'Daily Bumps' is also about embracing the challenging route, as he holds onto his marriage despite experiencing the peaks and valleys in his married life.

Want to know how he does that? Keep reading!

A facade look at somebody else's life might be illusional leading people into believing everything's smooth. However, almost every relationship has its share of ups and downs and what appears on the outside, isn't always what is on the inside.

Moreover, Bryan Lanning and his wife Missy Lanning, both an aspiring YouTuber, are all about working together, holding onto each other despite the problem that arises between them. Not many would open up in this very regard, but Bryan and his wife did.

During a panel at Vidcon 2016, Bryan and Missy expressed about their state of a relationship. Bryan's wife Missy addressed that they weren't perfect,

“We’re not perfect, We’ve had our problems."

"We’ve gone through a lot as a couple, Things haven’t been as great as they are now. We’ve had our ups and downs.”

Bryan, who is 27 years of age, as well added that they have a lot of emotional stories, which Missy believes, may surprise many people.

Caption: Bryan and Missy opens up about their relationship

Well, though they had their share of bumpy rides in their relationship, the two exactly know how to work things out. The way they deal with the imperfections is what makes them perfect.

Moreover, it's been almost a decade since their marriage, as Bryan married his girlfriend, Missy on 8 August 2008. The initiation of their love story dates back in time, as Bryan and Missy were high school sweethearts. For the first time, Bryan met Missy at a carnival with the help of his friend Jessica, Bryan was introduced to Missy. After dating for few years, the couple then exchanged vows.

Back in 2013 Bryan and Missy made a throwback Thursday video and shared the glimpse of their wedding day to their viewers.

Caption: Bryan and Missy Lanning show a snippet from their wedding. (Published on Mar 29, 2013)

However, a lot of you might not be aware of the fact; that the married couple once were divorced for a short period. Amid the communication gap that Bryan and Missy's relationship faced, while Bryan was studying on the weekdays, working on the weekends and Missy working 40 hours a week; their married life went through a rocky phase. They were both young and couldn't decide on what was right, but ultimately they ended up getting a divorce.

However, after going separate ways, neither of the two were happy and eventually, they got back together shortly, getting remarried!

Caption: Bryan and Missy's 'Draw our Relationship' video where they talk about them once getting a divorce. (Published on Mar 29, 2013)

But their married life's problems weren't the only rough road they came across, as Bryan and Missy suffered two miscarriages one after another, before welcoming son, Oliver and Finn Lanning later in their life. Now, the parents of two are enjoying every dimension of happy family life.

Also, did you know, Bryan, who grew up with a single parent, his mother, eventually met his long-lost birth father via Youtube?