Bryce Gheisar's Wiki: Everything From Age, Parents, Siblings To Net Worth

By LRU Writer | On: February 09, 2018
Bryce Gheisar's Wiki: Everything From Age, Parents, Siblings To Net Worth. The young and talented actor, Bryce Gheisar played the owner of Bailey the dog in the famous dog-movie A Dog's Purpose, and his character in the movie was adored and loved by the audience. 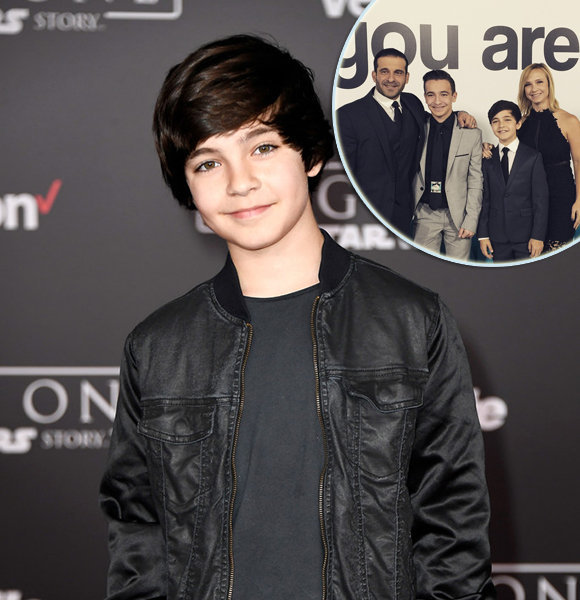 The young and talented actor, Bryce Gheisar played the owner of Bailey the dog in the famous dog-movie A Dog's Purpose, and his character in the movie was adored and loved by the audience.

If you want to know more about the 13-year-old actor, hop in as we are about to provide you with information about Bryce, including his age, parents, siblings and all his personal details in one single scoop.

For a guy at such age, Bryce has already achieved what most people aspire in their lifetime. Because of his acting skills on-screen, he has managed to create a huge fan base for himself who is always eager to know about his personal life. If you are a fan, you are in for a treat.

Bryce was born on December 22, 2004, in Texas to his parents Todd Gheisar and Nicole Gheisar. He also has a younger brother named Blake Gheisar. The actor does not hesitate to flaunt his family members on his social media.

The young actor shared a picture of himself with his father Todd, followed by a heartfelt caption, on the occasion of his birthday, with his 254k followers on Instagram.

Bryce not only flaunts his loved one on his Instagram but also pours his heart out in the caption accompanying the post. He shared a picture of himself with his mother wishing her on the Mother's day crediting her for his success.

Even his younger brother, Blake has his own Instagram, and the two adorable siblings keep their fans gushed with their picture, like this one!

The actor Bryce Gheisar has been able to woo everyone with his cute and adorable face that comes with incredible skills. The 13-year-old first debuted on screen with the series Walk the Prank in 2016 but gained popularity for his role in the hit movie A Dog's Purpose.

Since then, Gheishar has been a part of another equally acclaimed movie, Wonder. Likewise, his new film, The 15:17 to Paris is all set to release in 2018. The 13-year-old has already accumulated a splendid net worth of $550 thousand with his performance.

The actor was into performing and acting since his school days. Take a look at Bryce's school performance when he was eight years old.

The actor has already been able to grab enough spotlight on Hollywood, and given his outstanding acting skills; it is certain that he will reach a new height of success in the future.