Caitlin Carver Feels Blessed to Be Dating Her Boyfriend; Her Awww-ish Affair 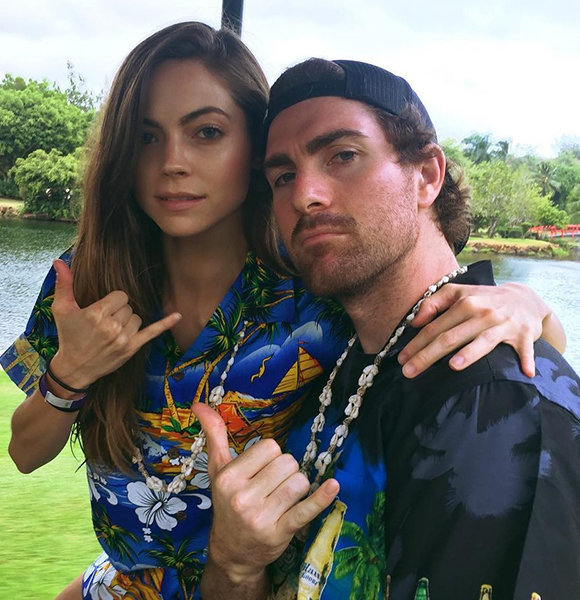 "There is only one happiness in this life, to love and be loved." - George Sand

The above quote is well suitable for actress Caitlin Carver as she isn't single anymore and further is blessed with an adorable relationship with her Mr. Right. And together, they represent a beautiful couple whose relationship could make many go 'awww.'

So, today let's dive in get acquainted with actress Caitlin Carver's relationship with her boyfriend.

Caitlin is all smiles, as she has been flaunting her romantic dating affair with her boyfriend, Mike Mo Capaldi, who is a professional skateboarder. Although she hasn't mentioned how sparks flew between the two, the couple were seen having fun in Disneyland back in March 2016.

The couple has been sharing a beautiful bond and even spends quality time with each other. Additionally, they also make sure to share their cute moments together via their social media.

The adorable couple celebrated Halloween 2017 together where, Caitlin dressed up as Michael Jackson and her boyfriend, Mike dressed up as Batman.

On March 27 of the year 2017, Caitlin shared a series of sweet pictures of the duo while wishing her boyfriend, Mike on his birthday.

Caitlin's relationship with his boyfriend apparently seems to get sweeter every day, and her fans adore them as a couple too. The love between the couple could be deemed as a relationship goal and can even make the onlookers go 'aww.'

Caitlin Carver was born on March 31 of the year 1992 in Monrovia, Alabama, USA. When she was just two years old when she started dancing. Further, she went on to do theater in her high school years.

Talking about her parents, she showers her love towards in social media platforms as well. Caitlin also shared a picture with her parents via Instagram back in November 2015.

Well, prior to Caitlin's acting career, she was well-known as a dancer who appeared in several TV shows such as 'Nashville,' 'Glee,' and VH1's drama, 'Hit the Floor' to name a few. She also was a background dancer in music videos of many artists like Beyonce, Ne-Yo, and Pitbull.

In 2014, Caitlin started to make guest appearances in 'Twisted,' 'Southland' and 'Stalker.' She also got an opportunity to star in the ABC series, 'The Fosters' in the year 2014.

Moreover, Caitlin is known for her appearance in movies such as 'Paper Towns' and 'Heroes Reborn' in 2015 followed by 'I, Tonya' in 2017. Caitlin must have accumulated an impressive net worth from her work but, it remains confined to herself.