Candace Bailey Blessed with Husband No.2! Dusting Away Past Divorce

By LRU Writer | On: January 16, 2018
Candace Bailey Blessed with Husband No.2! Dusting Away Past Divorce Well, actress Candace Bailey can explain it to you better as she has experienced a failed marriage previously. But, she didn't give up her hope on love as she is now, blessed with a husband number two and living a happy married life. So, let's take a closer look! 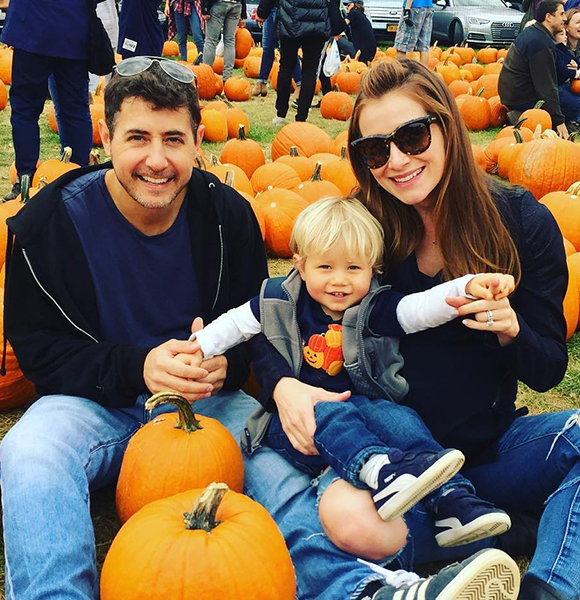 While people long for happiness and success in life, failure is like an uninvited guest who arrives at an unexpected time. Be it in any aspect of our life including work, friendships, or even relationships; there's no guarantee something will stay the same in the long run. However, losing hope beforehand is never a good alternative, either!

Well, actress Candace Bailey can explain it to you better as she has experienced a failed marriage previously. But, she didn't give up her hope on love as she is now, blessed with a husband number two and living a happy married life. So, let's take a closer look!

Actress Candace Bailey is one of those celebrities who prefers to give a glimpse of her love life. Candance is leading a blissful married life with her second husband as evident from her social media posts, but she hasn't opened up on how they met and their romance initiated.

Candace shared a picture with her then-boyfriend and now-husband, Ajay via her Instagram back on April 20 of the year 2014, where they were enjoying a baseball game supporting Los Angeles Dodgers.

Moreover, Candace and her husband welcome their first child, a son, Manning Baldwin on February 22, 2015, prior to the couple's wedding.

After four months of welcoming their son, the couple escalated their relationship to marriage in early July of the year 2015 in an intimate wedding ceremony.  Candace shared few pictures of her beautiful and unforgettable day through her Instagram where she and her newly-wedded husband were all smiles!

Further, Candace and her husband became a family of four when they welcomed their an adorable little princess, Annabelle Gracie Rosen on October 19, of the year 2016. Candace even expressed that she felt like the luckiest woman in the world while sharing the photo with her bundle of joy via Instagram.

The family enjoyed the weather of Florida by going on a family outing and Candace Instagrammed family picture of the four in November 2016.

Prior to Candace's marriage with Ajay, she was married to American TV producer, Brian Corsetti, with whom she tied the knot on October 22, of the year 2011. However, their relationship fell apart and eventually, they divorced and parted ways in the year 2014. Additionally, some sources also claim that Candace was in a dating affair with her rumored boyfriend, Seth Green in April 2006. The pair never acknowledged their romantic union, and perhaps they called it quit in November 2007. Talking about Candace's professional life, she is well known as an actress and a TV Show host who goes by the full name, Candace Kaye Bailey. She is popular as a TV presenter on the Nickelodeon children's show, U-Pick Live and also as an actress who starred as a regular character as Skylar Stevens in the CBS series, Jericho.

Additionally, Candace who enjoys a net worth of $500,000, also appeared in the Season 5 of the series, Ghost Whisperer in 2010 and the next year; she became a co-host of Attack of the Show!