Did Carolyn Clifford Get Divorced With Husband? After All The Turmoil They Endured

By LRU Writer | On: November 24, 2017
Did Carolyn Clifford Get Divorced With Husband? After All The Turmoil They Endured. Turmoils in a relationship have the potential to destroy a relationship. It's evident that amidst the turmoils, people involved in the companionship are deprived of the quality they often desire. A news anchor for WXYZ in Detroit, Carolyn Clifford can relate to the scenario, as she too has faced several troubles in her marital relationship. But did those turmoils and disarrays lead them to get divorced? 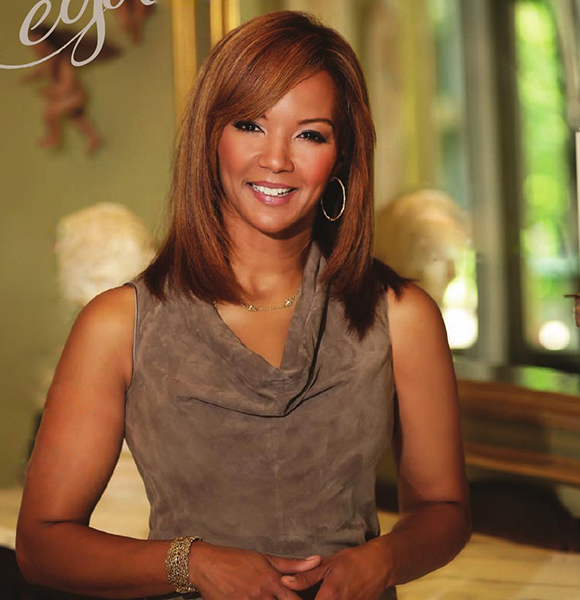 Turmoils have the potential to destroy a relationship, as people involved in the companionship are deprived of the quality they often desire and deserve from the bond they share because of it.

A news anchor for WXYZ in Detroit, Carolyn Clifford can relate to the scenario, as she too has faced several troubles in her marital relationship. But did those turmoils and disarrays lead them to get divorced and end their relationship?

Well, you have to read through to unravel the mystery!

Carolyn Clifford's Relationship With Her Husband; Did They Go Through A Divorce?

It is no rocket science that Carolyn Clifford was not having the best of a relationship with her husband, Frank Taylor. Frank was the owner of several failed restaurants and his inability to pay the debts is what caused Clifford to be sued for $100,000 back in 2010.

Clifford's attorney then issued a statement that Clifford had no involvement in any of Taylor's multiple businesses and also made it clear that she was not liable for the debt.

Elaborating the financial issues further; it is reported that Frank Taylor's restaurant empire quickly shrunk down as many of his Detroit eateries closed. Two of the most popular restaurants located in Detroit, the "Detroit Fish Market" and Detroit's "Breakfast House and Grill," shut after a lawsuit was filed against him.

The lawsuit allegedly stated that Taylor had attempted to defraud the city of Detroit by moving money generated by the restaurant to some other ventures and failing to pay $180,000 rent.

These issues created further cracks in the relationship between them but, did those cracks lead them to end their relationship in a divorce?

Well, it seems so, as she is now married to someone else and has a happy family life with her husband and children, despite the fact that no details about the divorce between them Frank and Clifford were made public!

After getting divorced with Frank, Carolyn got married to Gregory F. Goss, and the couple shares three children together, namely Airielle, James, and Brooke. Moreover, she is also the stepmother to Goss's children Alyssa and Gregory Junior.

Everything seems to be going along smoothly in their family, as she often gushes about her family life on social media. Clifford has not publicized any significant details about their wedding but, she has given some insights as to what they put up to in their family life.

Carolyn is enjoying every bit of her motherhood. Her tweets make it evident! Clifford also loves talking about her husband via her tweets.

Carolyn is a 13-time Emmy Award winner, and her accolades include three Emmys for Best News Anchor. Moreover, she has also received awards from the Michigan Association of Broadcasters, The Associated Press, and was given a special tribute by the mighty Karmanos Cancer Institute as one of their 'Heroes of Breast Cancer' for her social awareness related works.

Carolyn, who gets more beautiful with time than age, is a successful woman in her career and her awards and recognition speaks volumes for that. Although her career as a TV presenter has undoubtedly paid her a considerable amount of fortune; however, she remains reserved when it comes to opening up about her salary and net worth, most probably for some security reasons!