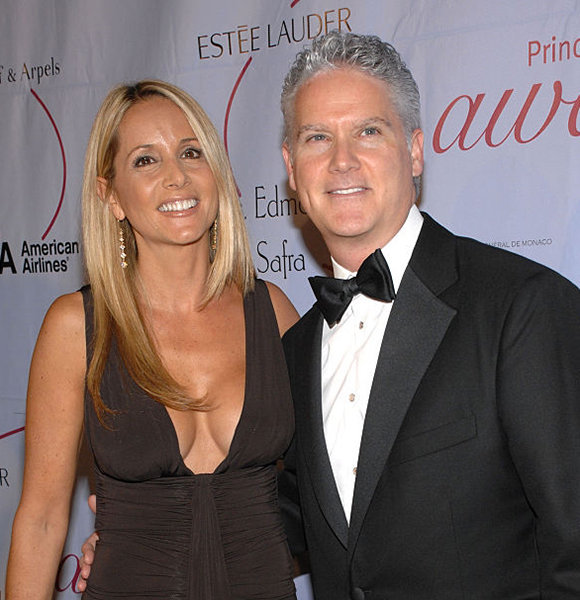 American television news reporter and author Carolyn Gusoff has become a patient of love and has decided to spend the rest of her life with a doctor. By now, you probably must be curious to know about the doctor who is in the life of the reporter, Carolyn.

So, today we will be presenting you the details on Carolyn's love life. Have a look below, as the content might be a delicious treat for you!

Carolyn Gusoff: A Patient Of Love

Carolyn, who got married almost twenty-seven years back is still enjoying her married life with her doctor husband Jon Branden Turk, the son of Mr. and Mrs. Stephen N. Turk of New York.

The duo, Carolyn, and Jon, a senior resident in the head and neck surgery at Mount Sinai Hospital in New York, got married back in September 1991. The ceremony was performed by Rabbi Stanley Platek and Cantor Sol Sadowsky at the Old Westbury (L.I.) Country Club.

Well, the couple got married almost eight months after Carolyn's family announced her engagement to Jon in January 1991. Since then, the couple has been together facing all ups and downs.

Moreover, the couple also shares two children together. However, they have not opened up much about their personal life and family including their children's identity and date of birth. However, their social media updates help us to know that they have a son named Graham Turk.

In a world where some people take marriage for granted, the couple has still held on to each other for almost twenty-seven years and are leading a happy married life.

More To Know About Carolyn Gusoff

Carolyn started off her career working at WEVU-TV, an ABC affiliated at the time, and WLEQ-FM in Fort Myers, Florida. Likewise, Carolyn began working at News 12 Long Island in the late 1980s.

And then she worked at the NBC owned and operated the station in New York City, WNBC, in August 1993 where she was the Long Island Correspondent and Bureau Chief.

Carolyn then went on to join the WNYW Fox 5 in the spring of 2009 where she covered breaking news in the metropolitan area for Good Day New York. And in January 2012, Carolyn was hired by WCBS-TV to cover the Long Island Beat.

Moreover, she has received some awards including the Emmy Award, Fair Media Council FOLIO award, Society of Professional Journalists/Press Club of Long Island awards, and many more. With her successful career, Carolyn probably must be earning in millions; however, her net worth and salary are confined.