By LRU Writer | On: November 04, 2018
The most precious Jewels are the children who are considered as a bridge to heaven. Their little feet create the biggest footprints in our lives and heart. When a new baby is born, it comes with happiness beyond limits. His mother and father too can have a medium to seal the loopholes of their relationship, if any. Well, we can say that a birth of a baby makes a relationship much stronger. 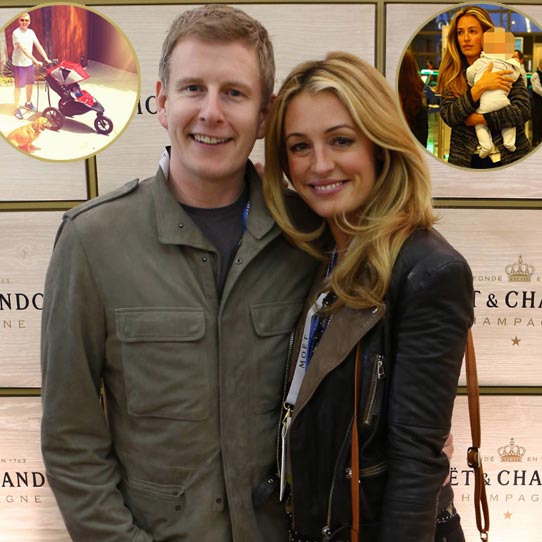 The most precious Jewels are the children who are considered as a bridge to heaven. Their little feet create the biggest footprints in our lives and heart. When a new baby is born, it comes with happiness beyond limits. His mother and father too can have a medium to seal the loopholes of their relationship, if any. It can be said that the birth of a baby makes a relationship much stronger.

It seems that “So You Think You Can Dance” host Cat Deeley and her comedian husband Patrick Kielty have come closer after the birth of their first baby. Well, they have announced their son’s name in a distinct way.

Cat Gace Birth To Her Baby: Revealed His Name In A Distinct Way:

Cat and Patrick gave birth to their first child in January 2016. They announced the news about the birth of their son via Twitter.

Once when Patrick was talking about having children with Cat, he joked by saying,

"I hope any child we might have has Cat's looks and my accent. With our two strong accents, we basically needed subtitles or a UN translator." The new parents have revealed their son’s name in a unique way. When Cat attended the Teen Choice Awards in California on July 21, 2016, she was seen wearing a beautiful nameplate necklace which was embellished with the name “Milo”. The necklace seems to be adulation to her eight-month-old son.

Cat Married To Her Boyfriend Patrick Kielty in 2012:

Cat Deeley and Patrick Kielty married in the year 2012 at a church in St Isidore's College in Rome. They enjoyed a secret wedding. The bride enhanced her beauty in a white dress with frills whereas the groom wore an open-necked white shirt and a dark colored suit. Patrick and Cat who is known as “PatCat” befriended each other in 2002 when they hosted one of the original TV talents shows called “Fame Academy” together.

Baby Number Two Welcomed By Cat And Her Husband:

It was only a couple of years later their first son Milo was born that the couple spilled the beans of Cat's pregnancy on the social media. The tv presenter tweeted on January 2017 about her big news by posting:

“Over-the-moon to share that Milo is going to be a big brother! Can’t wait to be a family of four in the spring. We’re all so excited.”

Cat, who had welcomed baby Milo on January 2016, was more than elated to welcome her another child to the world. It was in June 2017, that the tv reporter had given birth to her second son James Patrick after breaking the big news to the public.

Loving her work in raising her boys despite the struggle to juggle balance between work and family, Cat claims that motherhood indeed is the best joy a lady could do in her life!

Now a family of four, Cat along with her husband and sons have been living life to the fullest sharing her endless love and glorious time together with them.

English television presenter Cat Deeley was born on 23 October 1976 at Sandwell General Hospital, England. She attended Dartmouth High School in Great Barr and Bishop Vesey's Grammar School in Sutton Coldfield. At the age of sixteen, she was signed as a model.

After becoming a full-time fashion model, she left it in the year 1997. She is popular for hosting Fame Academy on the BBC, 2004 Brit Awards, and So You Think You Can Dance. For a Reality or Reality-Competition Program, she has been nominated four times for the Primetime Emmy Award. Her net worth is estimated to be $6 million.