By LRU Writer | On: December 30, 2017
Chase Ryan Living a Dream Life with Wife at Young Age! Redefining the Word 'Cute' Well, at the end of the day, its the personal preference of every individual. Chase Ryan, an American pop singer, has chosen to do the latter, as he is already married to the love of his life at the age of 26. And, by the looks of it, Chase is living his dream life accompanied by his beautiful wife. Let's take a stroll past his prosperous life to uncover every reason behind his happiness. 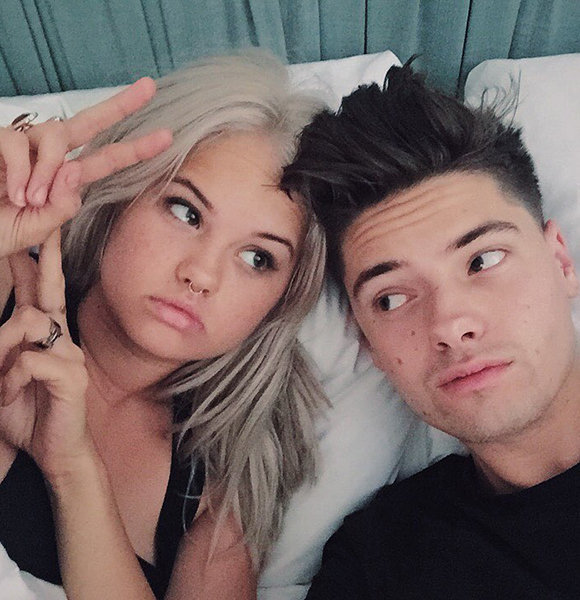 Some couples don't wait for long to bound themselves in a marital relationship with the special one they love, while some take time before getting married. At the end of the day, its the personal preference of every individual, right?

Chase Ryan, however, went for the former option, as he is already married to the love of his life at the age of 26, and by the looks of it, Chase is living his dream life accompanied by his beautiful wife.

So today, let's take a stroll past his prosperous life to get a closer look at their happiness.

However, not everybody is lucky in this regards like Chase and his wife, Sarah Shaw. This cute couple, who were best friends before sharing a husband-wife relationship, will surely make you envy their wedding.

Chase was indeed lucky to be dating his best friend. The bond between the two flourished to the extent that led Chase to get down on his knees, proposing his girlfriend to be his wife in 2015.

Later in the same year, the engaged couple took their relationship even further by getting married at Disneyland; a place that Sahra loves very much.

But it is just not Chase who expresses his love via social media, Sarah prefers to flaunt her love too. In December this year, Sarah shared a snap, with the love of her life with a caption that said,

"when we first met, I knew I wanted to know you for the rest of my life."

Chase and Sarah also take their timeout to spend some quality time together. On September 2017, Chase gushed about visiting Lake Arrowhead with his wife for their anniversary.

The couple surely is enjoying their life to the fullest, and by the looks of it, they'll surely continue that in the future as well!

Born on January 30, 1991, Chase is the eldest child of John and Missy Ryan and is 26 years of age. Growing up, Chase and his younger sister, Debby used to sing together.

The brother-sister duo often collaborated on their musical ventures, co-producing their songs. Chase released the EP 'Feel My Heart' in 2009 and later sang 'We Ended Right' on the Disney album Radio Rebel.

Chase, who aspires to create music that helps one feel alive by portraying the real emotions, studies musical styles that ranges from the old classical tunes to the modern day music.