By LRU Writer | On: July 16, 2018
Chloe Bennet Dating Logan Paul! Explicit Relationship Details Of Actress & YouTuber. American actress, Chloe Bennet, known for her role as Daisy "Skye" Johnson aka Quake on the Marvel's television series Agents of S.H.I.E.L.D., has been growing as an actress appearing in various movies and series. She was previously involved with a Hollywood A-lister boyfriend in an open relationship. she is enjoying her dating life before finally committing to a serious relationship. 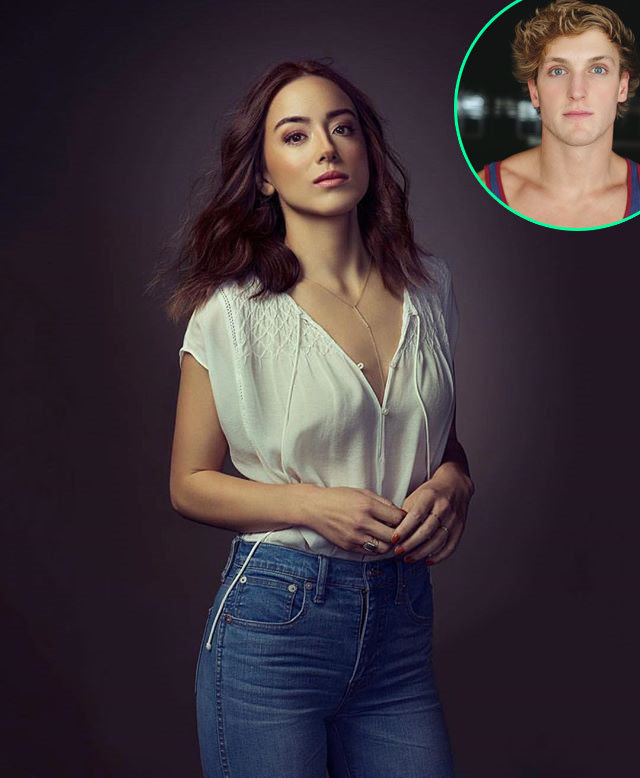 American actress, Chloe Bennet, known for her role as Daisy "Skye" Johnson aka Quake on the Marvel's television series Agents of S.H.I.E.L.D., has been growing as an actress appearing in various movies and series.

Apart from her acting career, her romantic relationship has also gained her some publicity. She was previously involved with a Hollywood A-lister in an open relationship. However, after being together for almost four years, the pair called their quits after which she had been rumored to be dating various other celebrities.

Well, as of now, having finally confirmed her new romance, she has put all the rumors to the bed.

Chloe Bennet, who is also a singer, was previously involved with The Walking Dead’s star Austine Nichols. The pair first met in 2013 when he featured as her love interest on the ABC series.

The very same year in September, the pair confirmed their relationship. The couple even used social media sites to flaunt their love. They were going strong with their relationship and shared their romance for four years until the couple decided to part ways.

The pair called off their relationship in July of 2017 after being together for almost four years.

Later that year, Chloe, who is of mixed ethnicity, was spotted sharing romance with Chandler Parsons, basketball player at Memphis Grizzlies. They had a romantic date night at Los Angeles Italian eatery Pace. According to an eyewitness there, the couple displayed plenty of PDA during their date night.

However, no love relation sparked from their dating rumors.

Adding to the dating rumors, Chloe, who has a net worth of $4 million, was previously rumored to be dating Youtuber Logan Paul. Chole and Logan were first introduced on the sets of their film Valley Girl.

The loved-up duo was spotted kissing while they were in Hawaii which sparked their dating rumors. At that time, Logan bluntly denied their relationship.

However, the rumors about their love life kept on making waves in the media after they were witnessed showering each other with a public display of affection in Chloe's hometown Chicago during the Fourth of July Holidays.

After much rumors and clamor about the couple, Chloe, one of six siblings, finally confirmed her love for Logan. Before approving the relationship, they had even appeared in social media videos together at a baseball game and also on a boat trip. Adding to it, they even shared cute Twitter interactions revealing their affection towards each other.

Their romance was officially confirmed when a fan asked Chole regarding her relationship with Logan to which she replied that being with him has 'changed her life.' A day after the confirmation, they were also spotted hand-in-hand in Beverly Hills shopping.

Despite just making their relationship official, there have been no doubts about the pair's affection towards each other. Not only that, Logan was recently quoted to be already making plans about parenthood with his girl, Chloe.

During an interview with SiriusXM’s Conversations with Maria Menounos, Logan opened up about looking forward to having kids. However, he contrasted himself saying the couple had not given a thought about getting married despite expressing his love for kids.

As for Chloe, who just recently announced her relationship with Logan, she is not yet ready to be a parent and start a family. As one family insider was quoted saying, Chloe was taking the pair's relationship slowly and wanted to enjoy it all before getting married and settling down, she might be enjoying her dating life before finally commiting to a serious relationship.