By LRU Writer | On: October 24, 2021
Chris Tucker's Personal Life: Absent Wife And Son To Admire. Christopher Tucker a.k.a. Chris Tucker, a 47 years old stand-up comedian, widely renowned for his role as Detective James Carter in  Rush Hour, parted his way from his former wife despite having a son. Is he supporting his son or perhaps enjoying a dating life with someone else? 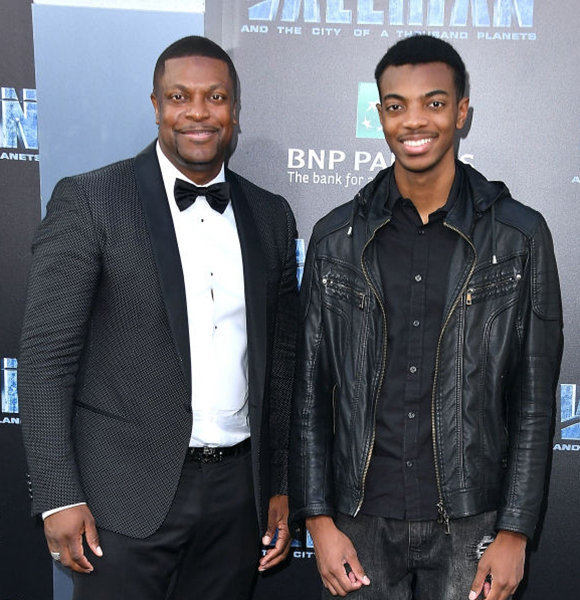 Christopher Tucker a.k.a. Chris Tucker, a 47 years old stand-up comedian, widely renowned for his role as Detective James Carter in  Rush Hour, parted his way from his former wife despite having a son. Is he supporting his son or perhaps enjoying a dating life with someone else?

Well, if you want to get acknowledged about Chris Tucker's relationship status followed by some past relationship then keep reading!

Who doesn't like a good sense of humor? Well, if you are a guy possessing that attribute, then you sure have chance creating a pathway to the heart of many ladies.

Likewise, an actor and comic, Chris Tucker, enchanted most of the ladies with his witty humor and hence was able to be date few of them. Moreover, after staying in few love affairs, he got married to Azja Pryor, an American casting director.

Chris, who grew up along with his five siblings, also welcomed a son Destin Christopher Tucker in 1998 through his relationship with wife Azja. But, despite sharing a family together, the couple later parted ways without shedding lights on the reason for their split. Following the divorce with his wife, his son was staying with Azja in southern California. And as of now, 19 years old Destin is learning film direction at Morehouse College in Atlanta.

Meanwhile, Tucker also got spotted with his ex-wife Azja Pryor during the annual parent's parting ceremony on 10th August 2017.

Then after, Chris got spotted with Fox 5 anchor Cynne Simpson while attending Mayor Kasim Reed’s annual charity at the Marriott Marquis in 20th December 2014. They seemed like a loving couple, and in one of their snaps together Simpson has a massive diamond ring on her ring finger; hinting on their engagement.

Though they appeared to be dating back in 2014, neither of them ever talked publicly about it. Nevertheless, ring in Simpson's finger was a clear sign of their engagement. Apparently, the lovebird stayed as an engaged couple for quite some time, and there had even been rumors that they were already secretly married!

However, their relationship's demise was evident when Tucker got spotted with a new lady, Jarneen Chaney Brown, in the Golden Globes red carpet back in January 2016. His relationship with Jarneen is no more in the spotlight; perhaps they are not dating each other.