By LRU Writer | On: October 02, 2016
To all the Zain Asher’s fans and well wishers out there, there is a good news. It might not only be a good news but is also a heartbreaking one too many of her admirers. Zain Asher who is popular as a CNN business correspondent recently got engaged in 2016. Isn’t this a good news? Aren’t you interested to know about her engagement and her fiancée? If you want, you can find the information right here. 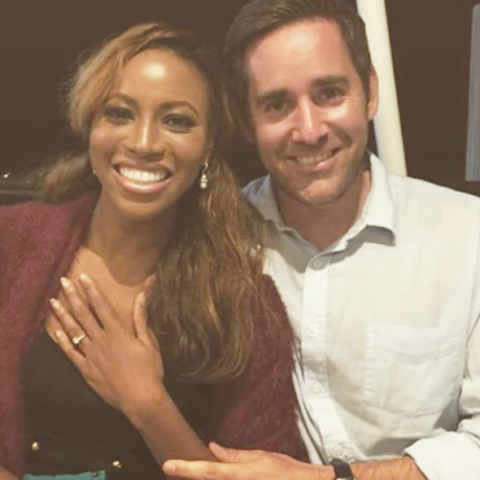 To all the Zain Asher’s fans and well wishers out there, there is good news. It might not only be good news but is also a heartbreaking one too many of her admirers.

Zain Asher who is famous as a CNN business correspondent recently got engaged in 2016. Isn’t this good news? Aren’t you interested to know about her engagement and her fiancée? If you want, you can find the information right here.

Zain is said to be engaged during a vacation by cnncommentary.com. They have supposed that her fiancée has proposed her either in the trip or after returning from the voyage. However, the exact time of proposal has not been revealed yet.

Having a glance at her tweet on April 1, we find her very excited for a vacation in Florida. Well, Zain were you excited thinking about your trip or the proposal?

Her younger sister Kandibe shared a picture on Instagram on April 4 by which the news about Zain Asher’s engagement was verified. Kandibe is a medical doctor who got married to her longtime boyfriend during Christmas. Caption: Kandibe and her beau, Dele got married in a traditional ceremony and the wedding were attended by their family and friends

Kandibe shared Zains engagement image on her Instagram account expressing the happiness and excitement due to the addition of a new member to their family. There is no any information about her fiancée, but it seems that Ejiofor family is ready for another union.

Zain Ejiofor Asher has confirmed that Nigerian-born Hollywood actor Chiwetel Ejiofor is her brother in an emotional interview on CNN. This news was not exposed until Chiwetel was nominated for the best actor category for his portrayal in “12 years a slave” movie at the Oscars 2014. Emotionally she said that Ejifor’s nomination meant a lot to her family.

“Honestly, I could not sleep last night. I really couldn’t. This was so emotional for me because — I’m going to try not to cry — this was a day that my family has really been hoping for and waiting for, for such a long time. Chiwetel — he’s been acting since he’s 13 years old and — oh my god! I told myself I wasn’t going to cry. I do feel so emotional now.

He’s someone who’s really dedicated and an actor’s actor. He’s been acting for over 20 years, and so to finally see recognition for his work — I can’t even describe the feeling.” – Zain Asher said.

Zain Asher is very popular for her marvelous presenting skills. As the anchor of CNN Newsroom Weekdays at 2:30 pm ET, she has collected some fans and followers who are very much excited regarding the news about her being engaged. We are eagerly waiting to see her happily married to her loving husband.

Born on 27 August 1983, Zain Ejiofor Asher is a British news anchor for CNN. In the year 2005, she graduated with a degree in French and Spanish from Oxford University.

In the year 2006, she completed her graduation from Columbia University's Graduate School of Journalism.

In the year 2013, she joined CNN. She currently appears on CNN International as CNN Newsroom weekdays anchor at 2:30 pm ET. Prior joining CNN, she was a full-time reporter for Money. At present, she also has a monthly column in Money Magazine.