By LRU Writer | On: February 21, 2017
When a television personality makes a sudden change in their schedule, the audience tends to suspect about their move. In this regard, today we are talking about a veteran news anchor, who suddenly shifted from the station she was working and that led the way for many suspicions to emerge. 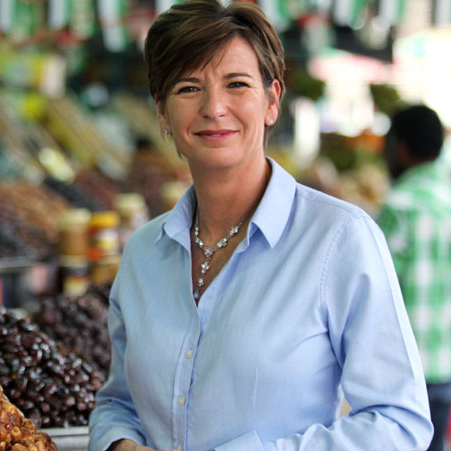 When a television personality makes a sudden change in their schedule, the audience tends to suspect about their move. In this regard, today we are talking about a veteran news anchor, who suddenly shifted from the station she was working and that led the way for many suspicions to emerge.

Becky Anderson moved from London to Abu Dhabi in 2014 to join the US broadcaster CNN's Middle East office. She hosts the reputed news program “Connect the world with Becky Anderson" every Sunday to Thursday at 7 pm from Abu Dhabi now. Becky shared in an interview with The National UAE in March 2014 that she is making this shift to bring a variety in the show. She said,

“Being based in Abu Dhabi will allow us to travel around the region and get more on-the-ground experience. For our viewers, it will increase the depth and breadth of understanding of the region. “The UAE is producing increasingly exciting and important stories. Then you have arts, culture, entertainment, sports, business stories, which suit me as a sort of all-around news professional.”

Moreover, Becky shared in the same interview that she had both personal and professional reasons to transfer in the capital. We know her professional reason now, but still, we are unaware about the personal one. Do you think she had someone waiting for her in Abu Dhabi? Anyways, let’s hope that Becky will herself reveal the reason for that move.

Also, this picture on her Instagram made people curious whether this comedian Nitin Mirani is the personal reason behind her move over there given the fact that she has interviewed the likes of Brad Pitt and not posted a picture with her. Well nothing of a serious statement has come forth from Becky in this regard thus, it shall not be safe to go all guns blazing in this regard.

Here is a promotional video of the show “Connect with the World.” The video illustrates the travel of the daring anchor to different places including New Delhi, Jerusalem, Doha, Abu Dhabi and much more.

Caption: The promotional video of “Connect with the world” published on September 9, 2014.

Is she Married? Husband?

Many people are unaware that the CNN darling, Becky was once married. According to a site, she was brought to Scottsdale by her then soon-to-be husband, but they are now divorced. However, Becky is smart enough in concealing her personal life and has not revealed the name and other information about her ex-husband.

The confident, Becky has also been surrounded by gay rumors. She is single, unmarried and openly speaks in a raspy voice about same-sex issues and that leads many people to make this of suspicion. However, we cannot comment anything on this as Becky has not spoken about her sexual orientation.

Born on November 15, 1967, Becky is an Economics and French graduate from the University of Sussex. She also holds a Master degree in Mass Communication from Arizona State University. She has traveled above hundreds of countries as a television journalist.

She currently co-hosts the CNN’s prime time show “Connect with the world.” Over her long career, she has covered stories from some of the world's most dangerous places. In addition to wars and critical global affairs, she has covered local/ international - natural disasters, sports, celebrities, and business to politics.