CNN's Poppy Harlow Got Blessed with Beautiful Baby Girl on April 11, 2016: Her Married life and Husband

By LRU Writer | On: July 04, 2016
Remember the time when Poppy Harlow fainted while reporting in a live broadcast? Oh, that was a tensed moment and a lot of her good wishers and fans instantly tweeter asked if she was okay and asked her what happened to which she replied in both Television and twittered. If you haven’t seen the video, here we have it for you. 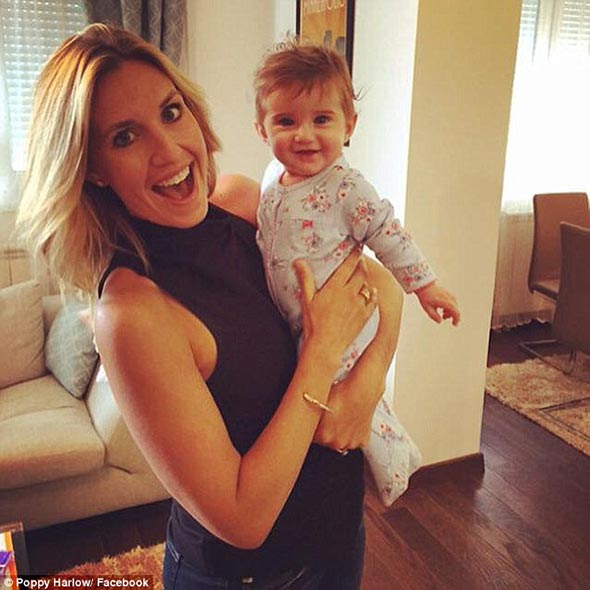 Remember the time when Poppy Harlow fainted while reporting in a live broadcast? Oh, that was a tensed moment and a lot of her good wishers and fans instantly tweeter asked if she was okay and asked her what happened to which she replied in both Television and twittered. If you haven’t seen the video, here we have it for you. So you already know that we are talking about the personal life of Poppy Harlow but for those who do not rightly know who she is, don’t worry because we will describe her professional career briefly.

As many of us know that Poppy Harlow is a professional journalist who serves as an anchor for CNN’s Newsroom, reporter and an anchor for CNNMoney.com too. Here we have a video of her work at the CNN.

You obviously know that she is married right or were you thinking that she has a boyfriend? Anyway, the question is, do you know who her husband is? Well, if you do not know then we got you covered. Poppy Harlow is married to Sinisa Babcic. We bet you do not know what her husband does but as always, we are here for you. Sinisa Babcic is not a famous personality as his wife, but that doesn’t mean anything wrong. Sinisa is a senior manager at EY (Ernst & Young). However, the date of their marriage is not yet disclosed. We wonder why they choose to keep their anniversary a secret.

So, you obviously know that when she passed out on live television, she was already six months pregnant with a baby. That is also another reason why everyone was so concerned and afraid. Not sure if you know or not but Poppy and Sinisa announced that they were expecting a baby in November after Poppy was sent to Paris to cover the terror attack. In an interview with TVNewser, she said,

“We could not be more thrilled to have a little girl on the way,” Harlow told TVNewser. “We feel blessed and are excited for the adventure ahead.”

Well, there was good news for everybody on April 11 of 2016 when the couple welcomed a baby girl into their little family. She announced the news through her social media accounts. She said,

Meet our little girl Sienna!
8.5 pounds and a bundle of joy! She was born right on her due date making deadline like a true journalist.
We're over the moon with excitement and love.

We are sure that you are eager to see the picture of the little princess: So, the couple is currently happily living with their little bundle of joy. We hope everything goes smoothly in their life, and if they plan on having another baby, we hope they will let us know.

However, there was a time when Poppy drove controversy in her way when she made a statement while reporting on the conviction of two Steubenville, Ohio, high school football players for the raping an intoxicated 16-year-old. Her statement was like this,

"Incredibly difficult, even for an outsider like me, to watch what happened as these two young men that had such promising futures, star football players, very good students, literally watched as they believed their lives fell apart”

After Poppy’s words, the accused fell to his attorney’s arm and cried,

'My life is over. No one is going to want me now.'

This sympathetic words from the rapist brought criticism and an online petition in Change.org took place which received over 250,000 signatures in just two days of the report.