Comedian Andy Dick's Married Life: Divorced His Wife in 1990, Moved In With Girlfriend?

By LRU Writer | On: October 26, 2016
It’s sad to see how celebrities enjoy numerous love relations but end up being alone in later days. Similar is the story of the star we are talking today who shared romantic relations with many ladies in the past but none of them truly worked for him.

It’s sad to see how celebrities enjoy numerous love relations but end up being alone in later days. Similar is the story of the star we are talking today who shared romantic relations with many ladies in the past but none of them truly worked for him.

Best known as a comedian with eccentric and controversial behavior, Andy Dick, 50 has dated nearly a dozen of ladies so far. He was previously married and is the father of three children. However, despite the broken relationships, Andy hasn’t stopped to manifest his romantic part with new relations.

His Married Life With Ivone Kowalczyk:

Andy Dick married artist Ivone Kowalczyk in 1986. The couple was dating for some months and gave it a formal touch the same year. However, their sweet bonding couldn’t last more than four years. The couple separated with a divorce in 1990. The couple is blessed with a son named Lucas born in 1988. According to a source, the son was living with his father in 2006. However, this may not be same now when Lucas is 28.

After Divorce With Ivone!

The former contestant on Dancing with Stars, Andy Dick, and Lena Sved are parents of two lovely children; son, Judas and daughter, Meg. The couple laid the way for the birth of children with the affair that started in 1995. Currently, Lena is single and away from relationships. 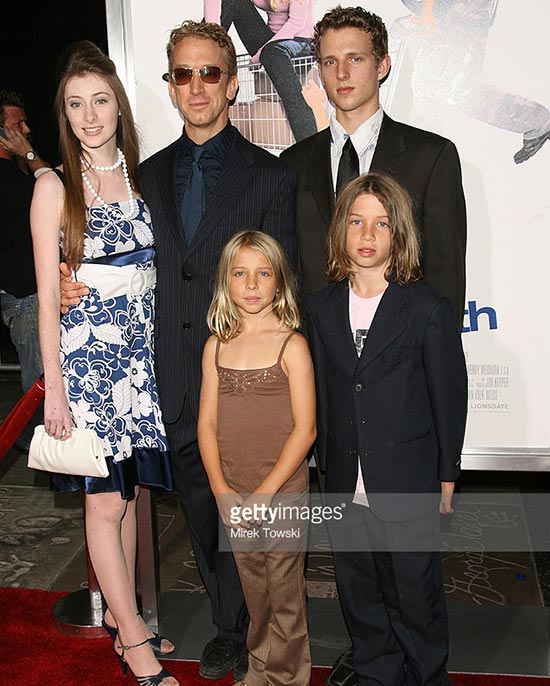 Caption: Andy Dick and ex-girlfriend Lena Sved and children in the "Employee of the Month" premier in 2008. After all these, the actor with $ 3 million net worth dated Jennifer Gimenez in 2013.  Andy and Jennifer were close friends for a long time before they embarked a relation. 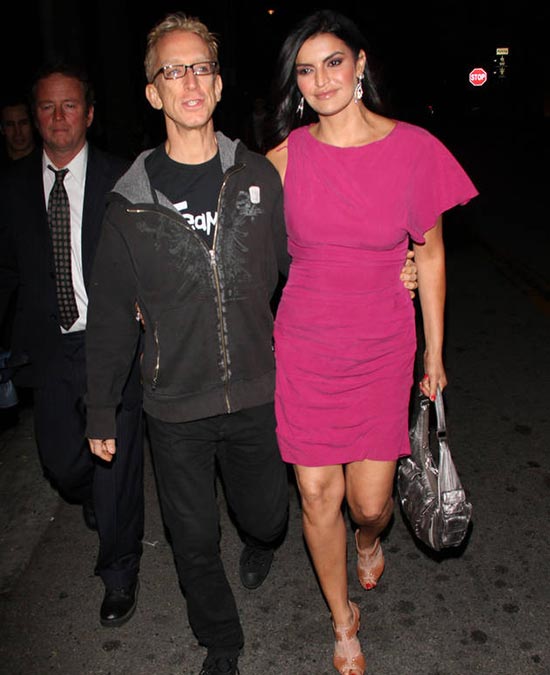 Caption: Andy Dick and ex-girlfriend Jennifer Gimenez in the DWTS party in 2013.

The couple was very open about their affair. Andy opened about their blissful relation in an interview with Perezhilton.com in 2013. He said,

“We are having fun dating and are so close that it just works. We’ve loved each other on a best friend level that has recently escalated to a romantic level.”

Similarly, Andy claimed that Jennifer has a kind and affectionate heart. He shared about the increasing intimacy of Jennifer with him and his kids in an interview with RadarOnline in May of the same year. He said,

“She’s close with my kids, and she encourages me with my sobriety. We are talking about the possibilities of the future and we’re also talking about working together. But we’re in such a good place in our lives that we want to enjoy every moment and not take each other for granted.”

Well, not only Andy but his girlfriend Jennifer was also open about the relation. She even dispelled the rumors and criticism Andy faced about being gay in the same interview with RadarOnline. She said,

“I know a lot of people think Andy is gay or like to label him that way, but he’s definitely not. We have a perfectly healthy and romantic relationship, what we have right now is real and we are enjoying every moment of each other.”

However, this sweet relation could not sail for a long time and they broke some months later. The busy profession of the couple emerged as a sinister for their relation. Jennifer shared with Radar later in July that the schedules of Andy and Jennifer dragged them towards a split. She said,

“I will always love Andy. We are best friends. We’ve been friends for five years and we’ve gone through so much together. The reason for our split our work schedules and no time together. I’ve been working and commuting back and forth to Florida where I launched SoberBook.com magazine and website and I work 18-hour days. I’ve been shooting shows and movies in LA and we just don’t have the time for a love life.”

Though the couple broke in 2013, Jennifer believes that they will remain close friends in the future. Hopefully, the friendship of Jennifer and Andy is still strong and healthy in 2016. However, after Jennifer, Andy doesn't seem to be dating anyone.