By LRU Writer | On: December 28, 2017
Cooper Barnes Celebrates Second Wedding Anniversary with Wife! It'll Keep Coming And, by the looks of Cooper Barnes, an actor's married life, he is on the right track, as with passing time their bond is strengthening day in, day out. Let's have a glance at Cooper's married life, which is yet to witness many more anniversaries in the further years. 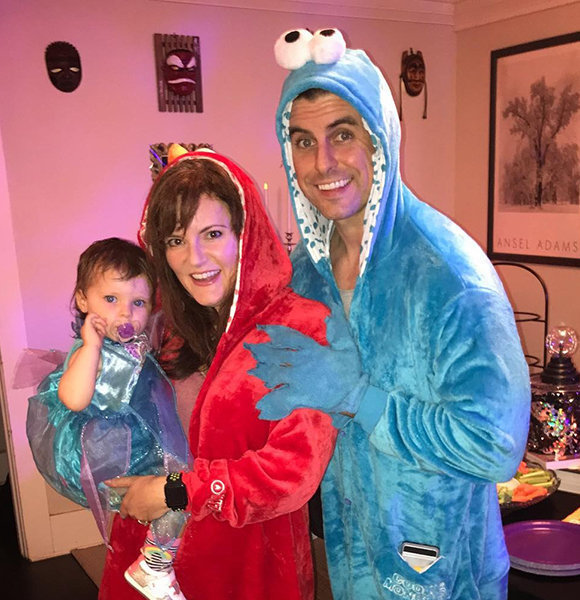 The more you nurture a relationship, more the essence of it gets enhanced. Marriage is one of such bonds where proper nurturing is required to keep things smooth between the couple. Also, achieving a milestone together in a relationship is what people thrive for, usually.

And, by the looks of Cooper Barnes, an actor's married life, he is on the right track, as with passing time their bond is strengthening day in, day out.

Let's have a glance at Cooper's married life, which is yet to witness many more anniversaries in the further years.

Cooper Barnes, an actor and writer, is married to wife, Liz Stewart since October 3, 2015. After dating for about three years, Cooper decided on making Liz his wife, who is also an actor, writer and producer by profession.

Cooper shared an image from their wedding on Instagram this October, to wish Liz on their second anniversary. The picture indeed speaks volumes about their relationship.

The couple entered a new phase in their life with the news of the pregnancy. Also, Cooper shared a snap featuring her pregnant wife mentioning he is very proud of her, back in June 2016.

Moreover, the couple welcomed their beautiful daughter Ripley in July 2016, and the happy father shared the good news along with the picture of Ripley, via Twitter.

Lucky Liz to have had such a loving man as a husband! Additionally, Cooper is also good at balancing time between work and family, as he is often seen spending time with his wife and daughter.

On the occasion of Christmas this year, Cooper posted a family picture, getting along with the festive vibes.

The husband-wife duo has also worked together as professionals in 'A Toast to Green Lantern,' a comic movie. Liz was a director in the film while Cooper was associated as a writer and producer.

That's how the couple's bond is getting stronger with time!

Cooper an American actor, director, producer and actor of British origin was born on April 15, 1979, in Sheffield, England.

He attended Northville High School up until 1997 and moved to L.A, California to pursue his acting career.

Cooper, who is 38 years of age, is famously known as Ray Manchester (Captain Man) on the Nickelodeon's hit series ‘Henry Danger’.

Moreover, Barne started his acting career in 2001, with 'Digging with Earnest' while initially grabbing small roles before being cast for 'Californication,' a TV series.

His other television credit includes, 'Cold Case,' 'Victorious,' 'Pacino & Pacino Talent Agency,' 'Switched at Birth,' and many others.

Additionally, his credits as an editor and producer include 'Pacino & Pacino Talent Agency,' 'Paranormalcy,' and few others.

Also, did you know Cooper is a founding member of the 'sketch comedy troupe,' 'Frog Island?'