Dalton Rapattoni Drops Songs From New Album; Already On The Moves For Tour

By LRU Writer | On: December 08, 2017
Dalton Rapattoni Drops Songs From New Album; Already On The Moves For Tour Similarly, American Idol contestant Dalton Rapattoni who fell short on the 2015 edition of the singing reality show after reaching the top 3 got eliminated. Nevertheless, he is loved and adored by many across the world, and his fans might know that he has dropped some new songs for the fans to groove. So is he planning for a tour in the time ahead? Let us find out! 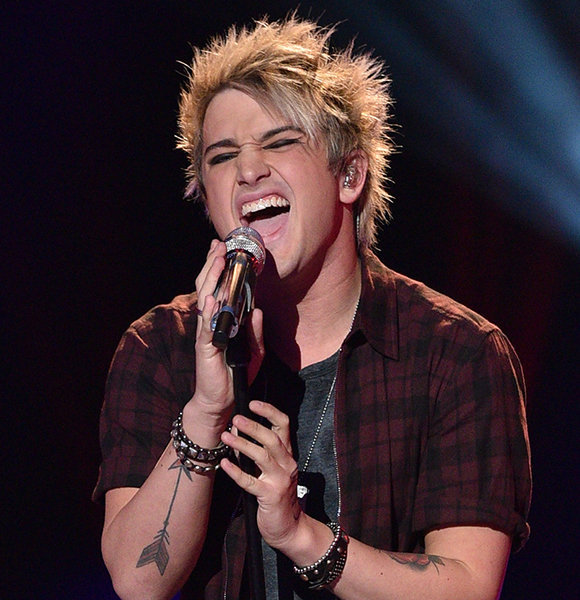 Not every competition ends up being in a person's bag. But if he/she is determined and gritty, it is sure for him/her to become recognized even after coming short of the glory.

Similar is the case with the American Idol contestant Dalton Rapattoni, who fell short and got eliminated from the 2015 edition of the singing reality show after reaching the top 3.

Despite the elimination from the show, he is loved and adored by many across the world, and he has dropped some new songs for the fans to groove.

But is he planning for a tour in the time ahead, so that his fans can hear him up close? Dive in to find that out!

Dalton Rapattoni did not make the ultimate glory in the singing reality show, American Idol back in 2015, but he surely won the hearts of many.

When he was eliminated, he had spoken about his potential album plans. Opening up about the same back in 2016, he said,

"Work starts Sunday on that. I am driving off to Austin. My buddy Matt Noveskey from Blue October will be working with me so that will be out in a few months."

Speaking about his influences and his music taste, he continued,

"It’s funny, they pegged me on the show as a rocker. I don’t really play too much rock music. I really dig stuff like The 1975. It’s probably a tiny bit like that, my future music."

Now his fans can enjoy his own music, as he has launched a brand new album "Nobody's Home" in 2017. The album includes his songs; like Signs, Heaven, Back from the Moon, The Way You Do, Somewhere in America, Tune To Stone, Being Young, Growing Older, Trust No Body.

As his songs are out, everyone is wondering if he is planning a tour or not. But unfortunately, the fans might have to be content with hearing the songs from the studio itself, as there are no tour dates lined up shortly.

Regardless, everyone is probably enjoying hearing this amazing talent do justice to his skills and abilities!

Is Dalton Rapattoni Dating A Girlfriend?

Singer Dalton Rapattoni is an attractive lad and is definitely the king of several ladies' hearts. But is there a queen who's captured his heart?

To everybody's disappointment, he has been relatively mum about his dating aspect, so there are no influential pieces of evidence in regards to his romantic life. He remains single in the eyes of the media, but he could also be dating his girlfriend in secret, who knows?

However, Dalton once flaunted his connection with a pretty lady over social media back in April 2015.

The lady was seen in several pictures he shared, that led to the stemming of the rumors that he was dating the young and beautiful lady.

His secret love life remains mysterious, as he never truly disclosed anything about the nature of their connection.

But although the singer does not open about his love life, he is not shy at all in flaunting his family affairs and has often gushed about his family, especially his older sister on his Twitter.

He and his older sister adore each other and an example of that could be seen in his tweet back in December 2016.

He also shares a hilarious but lovable relationship with his mother and further revealed his mother's opinion on his looks as,

The family man Dalton gives an insight of family with his fans and followers while keeping away the details of his love life, but the fans remain hopeful he opens up about that aspect of his life as well!

Keep visiting for the budding updates on Dalton Rapattoni!