Is Dan Carlin A Married Man And Has A Wife? Take A Look Because He Just Might Be

By LRU Writer | On: September 11, 2017
Is Dan Carlin A Married Man And Has A Wife? Take A Look Because He Just Might Be. Marriage is about finding a person who you love and can spend the rest of your life with. It is a bliss to have a partner who loves you back and accompanies you in every moment of joy as well as sorrows.Similarly, talented podcaster Dan Carlin who runs two famous shows 'Common Sense' and 'Hardcore History' with millions of listeners, is providing clues that make us suspicious to wonder if he is already married? 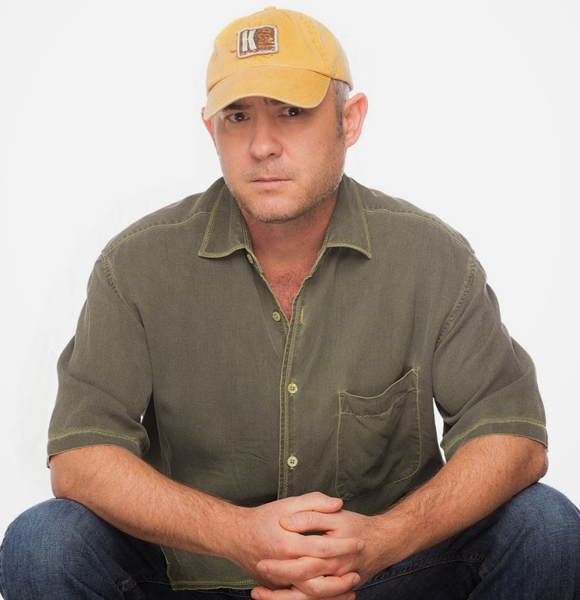 The talented podcaster Dan Carlin, who runs two famous shows 'Common Sense' and 'Hardcore History' with millions of listeners, is providing clues that make us suspicious to wonder if he is already married. So let's take a closer look at the matter to find out the truth behind the clues!

Is Dan Carlin a Married man?

Dan falls into the category of public figures, who desires maintaining privacy in their personal life.

He might be good at balancing his career by keeping his personal life under the radar, but that doesn't stop the public from wanting to know more about his private life details; including the facts about his dating and married life.

Although the 51-year-old podcaster hasn't officially shared such details, he mentions his wife and children on Twitter, whose details are yet to reach the surface of the media.

Some sources even state that Dan supports his family from the income of his podcasts. According to other sources, he lives with his wife and two kids in Eugene.

Since he has mentioned about his wife and reports support the grounds as well, it is safe to say that Dan Carlin is a married man with a family.

Let's take a knee until Dan comes forth to address his fan's curiosity!

Dan Carlin was born on November 14, 1965, in California. He received his degree in History from the University of Colorado. Carlin is a podcaster, who hosts his favorite independent shows: Common Sense and Hardcore History.

Common Sense was the first podcast he created when he was in the initial phase of his career, where he elaborates the current political trends applying his 'Martian' perspectives to its solutions.

The very podcast reached new heights by residing in the most popular rankings and was nominated for Podcast Award in Politics/News Category in 2012 and 2013.

Dan's another show, 'HardCore History,' deals with world history and various historical events. It won the iTunes Best of 2014 in the 'Classic' category. It even earned a nomination for a Stitcher Award in Best Educational and Learning Podcast category in 2012.

His commentaries gained a lot of listeners every day, and eventually, both of Dan's shows crossed 85 million downloads! Dan Carlin's family hails from the entertainment industry. His mother, Lynn Carlin is an Oscar nominated actress and his father; Ed Carlin is a film producer. Before popularity, Dan worked as a TV reporter, columnist, and also as a radio talk show host.

"The problem with today’s radio and TV is that people tune in and out at all times so the conversation can never get to a certain level."

"If you live in a society where people have the right to vote and you ignore too many of their needs for too long, they will kill you."

With such views and ideas; no wonder, Dan deserves the fame he has garnered by now!

Stay with us for the emerging updates on Dan Carlin!